| Muhammad(P.B.U.H)… as a prophet |  Roles and Phases of Muhammad's Call for Islam 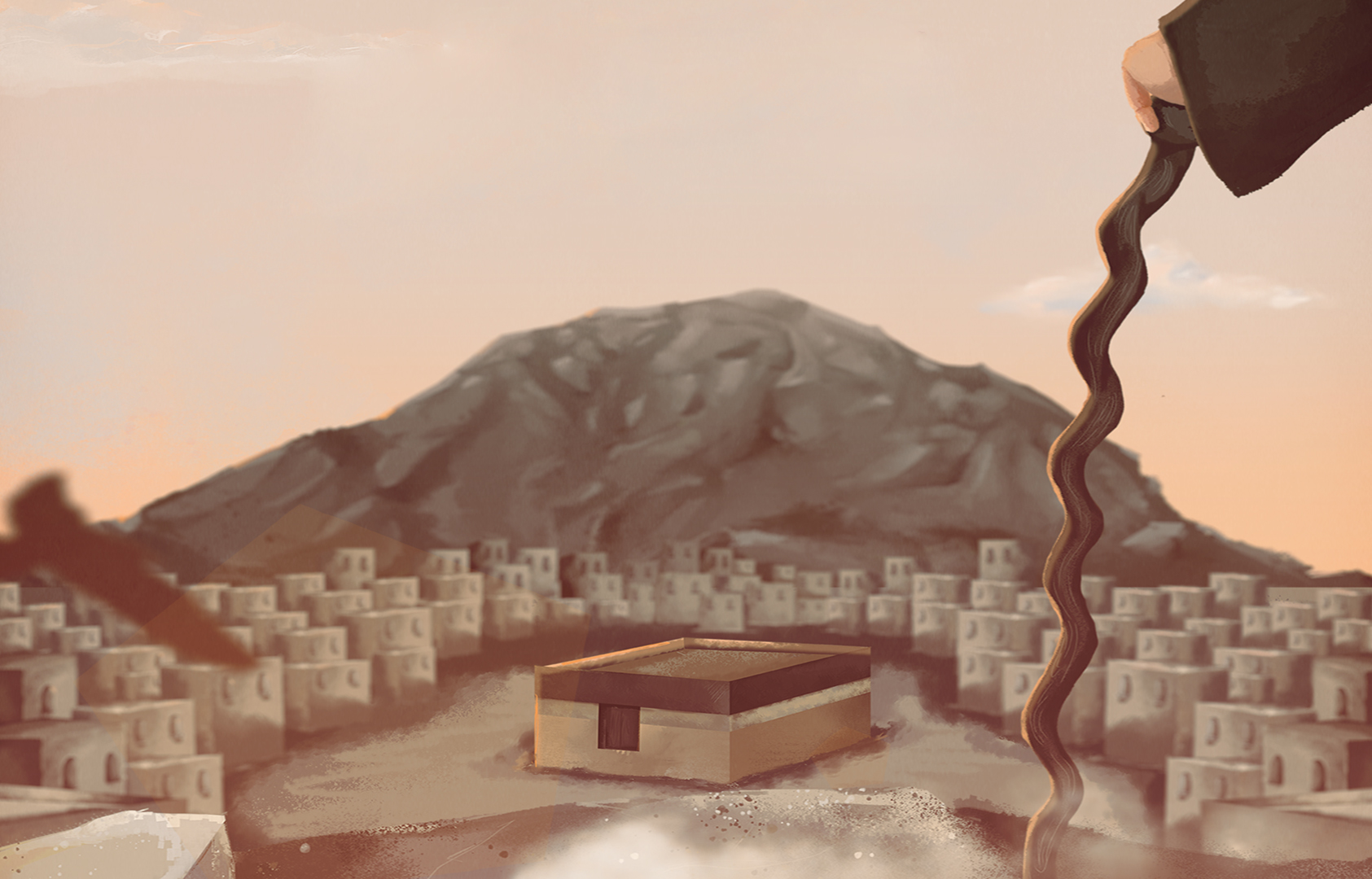 Roles and Phases of Muhammad's Call for Islam

At the beginning, the call for Islam started with his household. The first to call for this message was his wife, Khadija bint Kuwailid who soon willingly responded to it for she had already been aware of that and since the first moment of her getting married to Muhammad (P.B.U.H.) that she would be the wife to a commissioned prophet.
In addition to all that, she had been living with him for long years and she knew too well his temperament, his manners, his honesty and his spiritual relationship with the heavens.
Then, the Prophet directed his way towards his cousin and brother in – law, Ali bin Abi Talib (P.B.U.H.) who was not polluted by worshipping idols nor even for one moment or believing in polytheism.
So, the importance of the existence of Ali bin Abi Talib side by side with the Prophet lies in the fact that he was distinguished by his obedience and subjection to him as well as of his being courageous and stalwart, and that was what the Prophet was urgently in need of in his call for Islam during that stage.
Both Ali bin Abi Talib and Khadija bint Khuwailid were the first to pray with the Prophet (P.B.U.T.) and they both were sharing with him his entry to the guru of Hira until the first nucleus of this get-together has been completed with the company of Zayd bin Hartha (P.B.U.T.)
During this stage of the call for Islam, the Prophet (P.B.U.H.) depended upon the style of Al- Nakhaee in worshipping and keeping contact with those who have faith in this message who for many times have encountered from the very start several individual conflicts with the disbelievers and the polytheists of Quraish.

After the reach of this first nucleus (which was implanted by the Prophet) (P.B.U.H.) the level which qualified it to break into the awaited struggle, came then next to it, the stage of announcing the message in public and its very outset, stemmed from the heavenly commandments: " And then warn your closest relatives." (Al-Shu'ara:314)
And from here, he (P.B.U.H.) called the individuals of his clan who had been caring about the tribal considerations, not trespassing the wise and elderly of the society or deviating from their laws in use at that time. The call of the Prophet was crystal clear and quite frank as the call was determined to demolish all that was built on the falsehood and the injustice of the pre-Islamic era.
It is quite natural to see this new call encounter at the very outset entire rejection and the first to stand against the Islamic Call and become hostile to the Prophet (P.B.U.H.) was his uncle Abu Lahab.


How did the Call for Islam Gain Ground?
This chapter deals with the details of the declaration of this call to take its effect in public. Narrators declare in their writings and records that a divine command came to Muhammad (P.B.U.H.) calling him to convert the call from the stage of secrecy into the stage of publicity, the Prophet gave an order to Imam Ali bin Abu Talib (P.B.U.T.) to prepare a banquet wherein the people of his clan and relatives and highly remarkable characters know what Muhammad (P.B.U.H.) will bring to them of news for he is well reputed for good manners, honesty and high spirits.


But the fanatical pre- Islamic zeal prevented them from verifying what he had brought to them this time. No sooner had he initiated the talk than was interrupted by Abu Lahab (the Prophet's evil uncle) who was cursed in the Quran menacingly ordering him to discontinue the talk about the call for Islam. As a result of that, this gathering unfortunately dispersed and came to no avail.


The following day, the Prophet renewed the order to Ali bin Abi Talib
(P.B.U.T.) by preparing another banquet and invited the men of his clan to it. No sooner had the feast been over than Abu Lahab said:


"O people of Abdul- Muttalib, Muhammad said: "By Allah, I swear I haven't ever witnessed a youth from the Arabs could bring to his nation a more favorable thing than what I have brought with me to you. I have brought to you the best of what is in this world and in the Hereafter."
Allah, the Blessed, the Glorified had ordered me to call you for accepting him according to what I was ordered; so, who of you would keep safe his faith with me and support me with regard to this affair by admitting him to be my brother, my trustee and my successor after me?"
The whole gathering has kept silent except Imam Ali bin Abi Talib (P.B.U.H.) who rose to his feet and said: "I, Messenger of Allah, am ready to be your minister for what Allah has commissioned to the people but the Prophet (P.B.U.H.) ordered him to sit down to repeat the call for the second time but again nobody stood up to answer the Prophet's call except Imam Ali bin Abi Talib (P.B.U.H.)
At seeing Ali's strong persistence on responding to the Prophet's question, the Prophet turned his face towards the overcrowded gathering there and said to them: "This is my brother, my trustee and my caliph amidst you after my departure. Listen to him and obey me."
On hearing that, the whole audience stood up but, the Prophet repeated the order for confirmation and making them pay more attention saying: " This is my brother, my trustee and my caliph at which the whole gathering had become in a state of bewilderment and turned their faces towards Abu Talib and addressed him ridiculously: " You are ordered by your 'son' to listen and obey."
#The_Prophet_of_Islam
The most Readable one
Giving the Zakat of Al-Fitr / Signs and Consequences
399
To Whom Should Al-Khums be given?
377
Zakat (Al-Fitrah)
361
Malik Al-Ashtar Al-Nukhaee… His Kinship and Birthday
296
War… The Forced-Choice in Islam
287
Zakat Al-Fitrah …How much? When…? And To Whom?
287
Kinds of Az-Zakat and Charities… when Islam grants its individuals good living
282
The Islamic Year and the Migration Calendar
248
A True Coup
223
The Companions of the Cave A Story
222