| Muhammad before Prophet-hood |  Has Muhammad taken part in pre-Islamic wars? 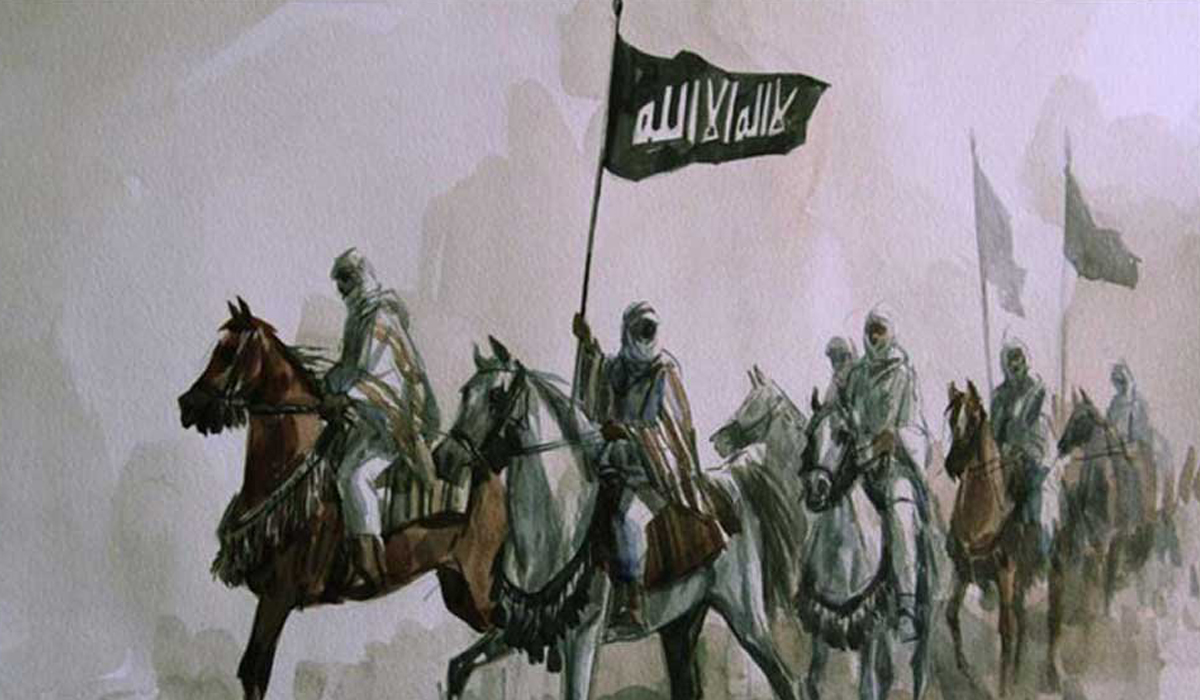 After he had become a prophet, Muhammad said about himself: " I didn't engage myself in anything practiced by the Arabs in the pre-Islamic era." As a result of that he didn't undertake any of the tasks that young people usually endeavor to undertake who were equal with him in age.
During that period, he was renowned for honesty, trust and shyness but he grew up as a young man in an environment when the Arabs indulged in wars at which the sanctity of three months commonly known was violated wherein wars were forbidden within those months. For that reason, they were called:" The Wars of the Debauchers."

What are the Wars of Al- Fujjar?
These wars were four in number at which people's honors were scratched and violated as narrated by Abul-Faraj Al-Esbahani who was famous for his knowledge of history, the history of tribal kinship, biographies and history of conquests and according to his narration, it runs as the following:

The First Fujjar War:
This war arose between Kanana tribe and Hawazin whose cause came to be: that Badr bin Maasher Al-Kinani was a young bold and self-important figure who appeared at Sug - Ekad followed by a folk from Kinana and held for himself an assembly in which he took a great pride and honor while the other opposing party stood as a challenger in defiance against Badr Al-Kinani and his folk under the leadership of Al-Ehaimer bin Mazin accompanied by a big group of Hawazin folk.
And as such, the war was about to break out between the two opponent parties, but then they found out that the matter need not be escalated and this made them withdraw from the battle field besides, the conflict took place during the month of Holy Rajab and for this reason it was called: " The War of Debauchers.

The Third Fujjar War:
This war happened between the two tribes of Kenana and Hawazin, too about an expiation which had to be paid by a man from Hawazin.
But, the expiation was not paid, for he became a broke. When a get-together was held at Suq Ekadh, the man from Hawazin, the owner of the expiation rose to his feet and scorned the man of Kinana with bad names and degraded Kinana tribe at which a third party from Kinana approached the scorner and gave him a heavy blow at his face and both folks entered into a conflict which is extended into a war.
But after a while, the whole matter was found easy to solve when Kinana tribe gave the expiation and withdrew from the conflicting scene.

The Fourth Fujjar War:
This last and final scene of conflict was ignited between the two tribes of Kinana and Quraish and between the two tribes of Hazan and Qais Aylan.
The cause of the conflict has been a quarrel about a trading caravan belonging to the King of Al-Hira at that time and that conflict occurred during the holy month of Rajab. The author of AL-Seera Al-Halabiya thinks that Muhammad (P.B.U.H.) had taken part in that war which had broken out whose age at that time was 17-20 according to a number of different sources.
But what is more probable is that the cause of the war was because it took place during the holy month of Rajab in which war was conventionally forbidden and not because of the war itself.

No Participation in wars
Although there has been a number of narrations and historical sources which talk about the attendance of Muhammad (P.B.U. H.) to his grandfather Abdul –Muttalib and his participation in those wars, there are some other sources which denote that the Hashimites who refer to Quraish tribe   did not take part in any war involving injustice, transgression, breach of relationships or war legalization.
It was narrated that Abu Talib said: When he was asked to take part in one of the Fujjar Wars and it was during the holy month of Rajab that he said:
"This is injustice, transgression and legalization of war in the forbidden months; therefore, I don't like to be present in such wars nor my family! Harb bin Umayyad and Abdullah bin Jada'n Al-Taymi:
The Hashimites."We don't hold a session to have a debate on any issue without seeing a community of Hashim there in the meeting; therefore, Al-Zubair bin Abdul- Muttalib was reluctantly obliged to indulge into the war heading an army of the Hashimites saying:
"O Son of nourishing the bird and watering the pilgrims! Don't be absent from us because we find in your presence all victory and triumph.  And he said: "Avoid doing injustice, transgression
political rupture and slender; so I don’t get absent from you and therefore, Muhammad's participation in these wars were not clearly cut out or in other words constant, not as some historians claim that because some reviewers were suspicious of these claims.
#The_Prophet_of_Islam
The most Readable one
To Whom Should Al-Khums be given?
476
Giving the Zakat of Al-Fitr / Signs and Consequences
469
Zakat (Al-Fitrah)
450
War… The Forced-Choice in Islam
430
Malik Al-Ashtar Al-Nukhaee… His Kinship and Birthday
370
Kinds of Az-Zakat and Charities… when Islam grants its individuals good living
349
Zakat Al-Fitrah …How much? When…? And To Whom?
348
The Companions of the Cave A Story
326
The Islamic Year and the Migration Calendar
304
A True Coup
245