| Muhammad before Prophet-hood |  And Verily, you are Endowed with Great Manners … the Prophetic Temperament 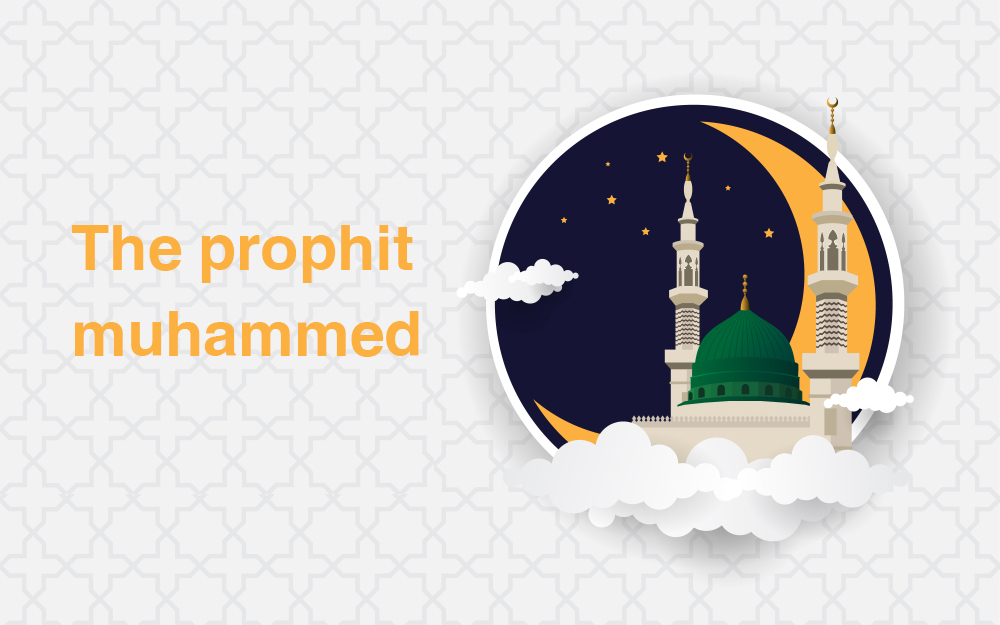 And Verily, you are Endowed with Great Manners … the Prophetic Temperament

The greatest image which can reflect the dream Muhammad has drawn in mind (P.B.U.H.) is the act of "pardoning" the people of Mecca when he entered it triumphant and victorious; he didn't cherish any vexation, vengeance or hatred for them as penalty in return for what his call for Islam has encountered of confrontation characterized with violence and bloodshed.
It is quite true to say that his call for Islam by impeding his heavenly message at every time with beating, stoning and doing wrong. In books of history, so many evidences have spread here and there serving as eye-witnesses on that.
The slogan that was raised by Muhammad at the time being (P.B.U.H.) on entering Mecca victorious was: "Today is the day of mercy-giving"
And he indeed pardoned the people of Mecca, the killer of his cousin Hamza bin Abdul Mutalib and pardoned as well those who were criminated with cutting Hamza's body to pieces – all those tragic scenes and horrible sights were given up by Muhammad (P.B.U.H.) because he decided to be clement to them and not unjust.
During those difficult moments to the people of Mecca, Muhammad (P.B.U.H.) rose to his feet addressing them: "What do you think I am going to do with you?" They answered: "Good" … a noble brother and son of a noble brother"
He said: "Verily, I would just say as Joseph said to his brothers: " Today, no reproach is upon you. Allah will forgive you all and He is Most Merciful: "Go now!" You are free."
The talk about Muhammad (P.B.U.H.) is lengthy and can't be covered within hours, days or rather years as well, because it is but the talk of the honors of good manners which extends as much life itself does.

Muhammad's Encyclopedic Knowledge
When the divine revelation is the source of Muhammad's knowledge (P.B.U.H.), this will mean r that whatever he says and does of deeds all refers to Allah, to whom be ascribed all glory and perfection. This tight link or relation with the Creator of the universe will necessarily make what he owns of information distinguished in comparison with the rest of mankind.
The Messenger of Allah (P.B.U.H.) has attained the highest levels of knowledge by means of this rare knowledge and the Lord finalizes by confirming that what came of orders from Muhammad was but from His Al-Mighty: "And he never speaks out of his caprice. " It is but a heavenly inspiration, inspired to him." (Al-Najm: 3-4) Thus, the source of this verse and other verses demonstrate what is going on inside man of thoughts and human whims and trends and not as taking place even with those scientists and geniuses whom the world has ever known through their discoveries and who were so vehemently enthusiastic about their intellectual and scientific theories and standing up for them by their all means.
But so soon had the fallacy of such a science or its weakness appeared and replaced by the advancement of sciences, technology and the discovery of more of thoughts and scientific theories.
All the thoughts and fields of knowledge which the Prophet was spreading among the communities that he was coexisting with were exactly going in accord with the reality through which his nation had gone and even up o now.
His same words and recommendations have still their surprising existence and effect and that is due to this accurate application despite the change of reality in contrast with the time of the prophet and the change of societies through the ages and its tendency to get melted in the modern sciences and in the spectra of thoughts.
Notwithstanding the Prophet as being a human entity, like the rest of mankind, in terms of eating, drinking, sleeping and walking in the markets but he mostly could dazzle the people around him with the magic of his words and his comprehensive coverage of various kinds of knowledge and the knowledge of the former and the latter nations.
What the Prophet was touching about of topics were not a collection of expectations which could distinguish him from others but it is one of the verifications of his being "the city of knowledge" by which he has been describing himself.
They are but gifts offered to him by the Lord so that this Prophet would have the upper hand over the people.
Allah, in the holy Quran says: "This is of the news of the Unseen which, We reveal to you (O Muhammad); neither you nor your people knew it before this. So, be patient. Surely, the (good) end is for the pious." (Hud:49).

The Muhammad-like Character:
Verily, all the mishaps, tragedies and misfortunes that Muhammad (P.B.U.H.) had gone through and accompanied him since his first (physical) birthday until he was grown up and bred as an orphan; all that contributed to a great extent in forming a vigorous personality for this exceptional man who at this stage of his life has to undertake a great and serious responsibility i.e. the guidance of mankind as a commissioned prophet.
Allah, the Almighty, has prepared Muhammad as a commissioned messenger who would encounter the hardest of situations and the fiercest of situations.
The outcome of the conditions and the acute problems that he passed through have created of him a constant mountain which no winds can move it away and despite his being undergone of calamities since his early youth, he stayed maintaining his friendly and peaceful personality which has been reflected through his sublime behavior with the people in public.
To this very point, in a hadith narrated by Imam Al-Sadiq (P.B.U.H.) about his grandfather, the
Prophet (P.B.U.H.) said: " Allah, to Whom be ascribed all glory and has taught His Prophet how to deliver His message in the best manner. When He finished teaching him the right way of behavior he said of him as being:
"And verily (O Muhammad) You are endowed with a great degree of good manners." (Al-Qalam:40)
Then, He relegated to him the matter of religion and the nation to rule over His subjects." The outcome of this heavenly teaching is to build up this highly integrated, conscious and perfect personality.
The Prophet's personality has been rewarded the living conscience and the pure self and all the instruments of knowledge receptiveness, preaching methods, spreading clear statements, means of notifications, deep insight, patience, courage and clemency.
During his previous years, he has attained all the honors which man needs to lead a noble life and now it is time at which Muhammad ought to bear the responsibility of the presentation of Allah, the Almighty, on earth.
#The_Prophet_of_Islam
The most Readable one
To Whom Should Al-Khums be given?
476
Giving the Zakat of Al-Fitr / Signs and Consequences
469
Zakat (Al-Fitrah)
450
War… The Forced-Choice in Islam
430
Malik Al-Ashtar Al-Nukhaee… His Kinship and Birthday
370
Kinds of Az-Zakat and Charities… when Islam grants its individuals good living
349
Zakat Al-Fitrah …How much? When…? And To Whom?
348
The Companions of the Cave A Story
326
The Islamic Year and the Migration Calendar
304
A True Coup
245