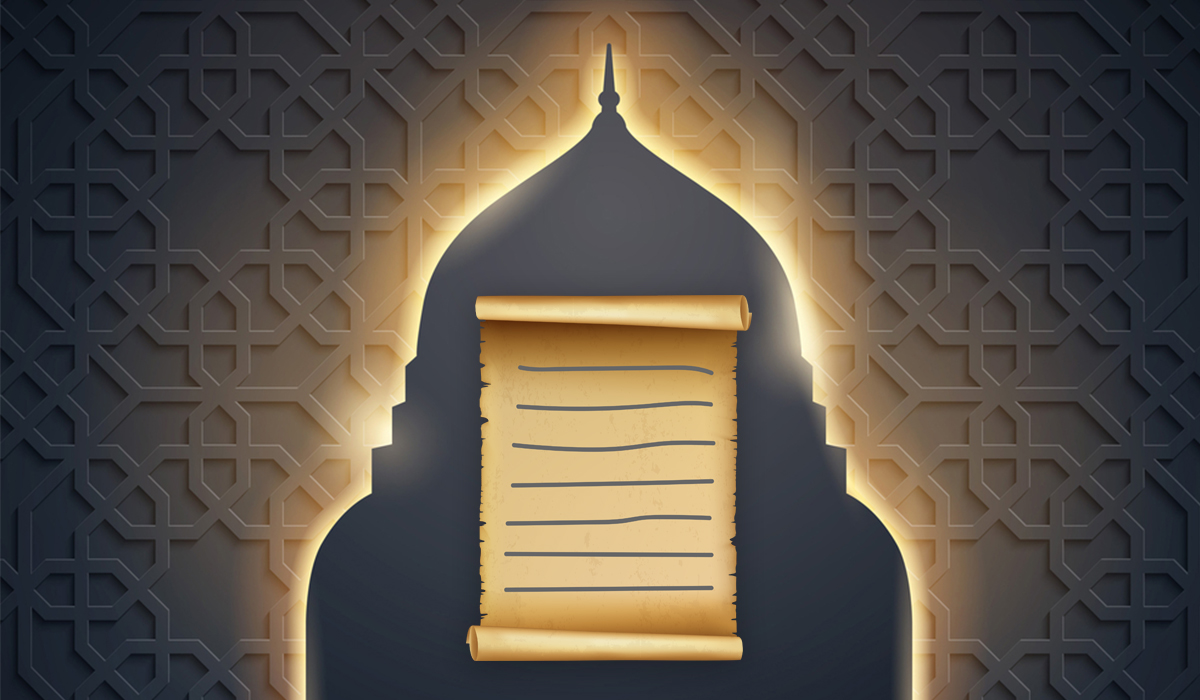 It is quite natural to say that Muhammad's being (P.B.U.H.), like any of mankind, is doomed to pass through the phase of death and is subjected to natural laws on the one hand, or - perhaps his killing was committed by the guilty hands of the polytheist army-especially those whose authoritative position has been collapsed and whose stick of power broken on the other hand, And more important than all this, is Islam's being a sociologist system among which is its entity as a newly-born State of no more than ten years of age-which can possibly be exposed to quakes that will be too weighty and burdensome or perhaps, threaten the existence of the nation itself and demolish what he has called people to embrace.
And that is due to the brevity of the stages of changing the society by it-if contrasted with what has been inculcated of manners in people and stabilized in them of principles along hundreds of years and even if this has not taken place it may have averted its program by means of political assassination of its heavenly project and this is what happened indeed putting in mind all causes and precautions.
Building on the foregoing, it is necessary to demonstrate the course of events to recognize any casualty which the call for Islam may undergo and rather draw up the features of its future leader in matters which can enhance the confidence of those who developed their faith in it and in order not to let them wallow in the maze of their bewilderment and this is what most man-made institutions follow.
So, what is there in your mind about a divine project which Islamic religion glorifies; for this reason, the Messenger of Allah (P.B.U.H.) was determined to name who can be equal to him in managing the administration of the Islamic State and rather in his person, too and for several times after having him qualified and competent in shouldering this thorny task along many long years.
On account of the Muhammadian State project (the Islamic State's) being a human project is greater than what is called as the "State" in the language of politics today, for it can't be limited within a certain geographical area or region nor is it bounded by time.
So, the Prophet, (P.B.U.H.) went on preparing the extensions of his project in a strategic way and rather eternally through the explanation of his program and making the overwhelming majority of the people conscious of his line and noble schemes and rather relegated his authorities to that who replaces him. And enveloped him with that same halo of sanctity which he himself had been enjoying at his time but with a relative difference between the two.
And if some of them asked about the reason behind that, the answer would be lying in that it is a human project-dealing with man only wherever and whenever he has been born and wished he has been-.
So, Imamate has come to be completing Prophet-hood by surrounding it i.e. with men who have studied and experienced its cause and become fully aware of its minutest details, together with comprehending its lesson, understanding its demands and containing its entire items after having contained all of its implications.
#The_Prophet_of_Islam
The most Readable one
Giving the Zakat of Al-Fitr / Signs and Consequences
304
To Whom Should Al-Khums be given?
274
Zakat (Al-Fitrah)
258
Malik Al-Ashtar Al-Nukhaee… His Kinship and Birthday
224
Kinds of Az-Zakat and Charities… when Islam grants its individuals good living
209
Zakat Al-Fitrah …How much? When…? And To Whom?
208
War… The Forced-Choice in Islam
183
A True Coup
174
The Islamic Year and the Migration Calendar
172
The Companions of the Cave A Story
140