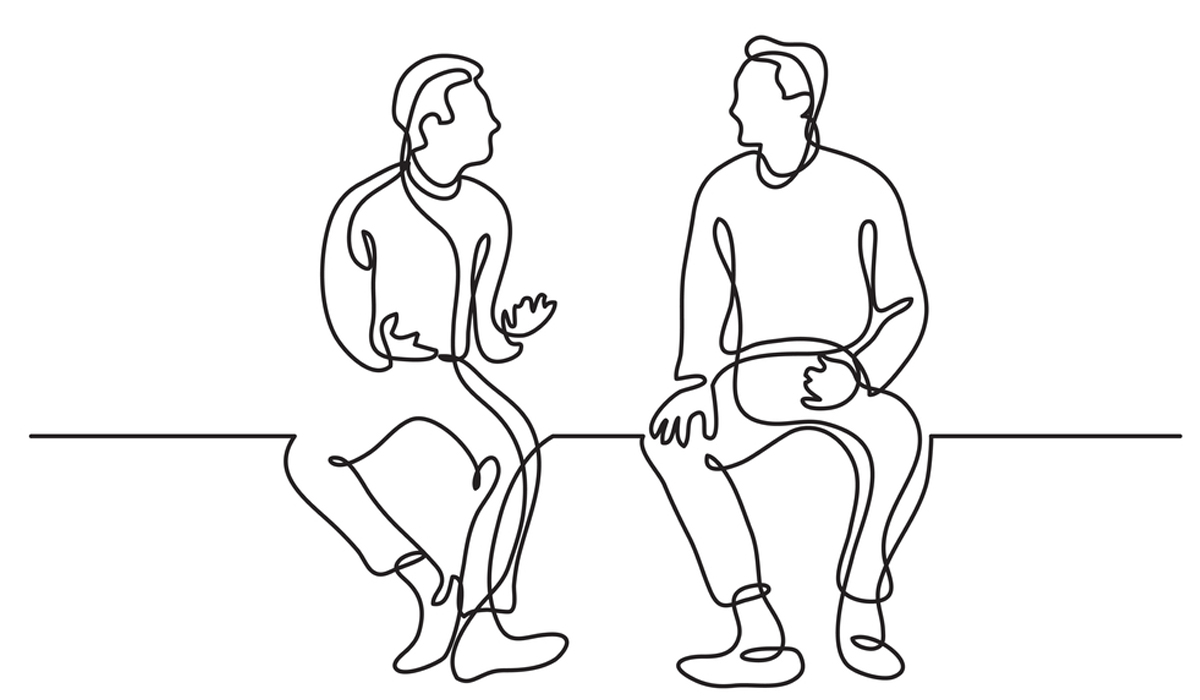 Definition of backbiting:
It is the remembrance of the Muslim in his absence of what he hates to be mentioned about and if he turns out to be not possessing what the backbiter claims, the case will take the title of "slander" and some has defined backbiting as remembering one's defect in his absence and backbiting involves mentioning the details of the backbitten one of things which he hates to be mentioned with regard to his creation or mode of his behavior among friends or in public or what regards his kinsmen, nationality, profession or garments and the like which may be considered as belittling his status or esteem, defaming his character and stabbing his personality.
Instruments of Backbiting
Backbiting covers the following topics: speech, signal, writing, photocopy, gestures and the like or rather anything that may be a cause conveying or communicating the thought to the listener and anything which may lead to remembering the misdeeds of the Muslim or belittling his character or mentioning some qualities which he doesn't like to be mentioned.
Allah, the Almighty, in His holy Quran said: "O you who believe! Avoid much suspicion; in deed some suspicions are sins. And spy not, neither backbite one another. Would one of you like to eat the flesh of his brother? You would hate it (so hate backbiting) And fear Allah. Verily, Allah is the One Who forgives and accepts repentance, Most Merciful." (Al-Hjurat:12).
Backbiting is regarded one of the biggest sins which Islam has forbidden from being committed and threatened those who used to it by imposing utmost torture on them and what is pitiable here is that it is more common in practice and wider in spread amongst the people of society for they practice it daily without feeling of the enormity of its consequences. Even in reciting the holy Quran, back-biting can be recognized when the backbiter uses the verse:
"And those are like beasts or more misguided" as a means of ridiculing someone passing by, unnoticing the friends who are standing nearby on the pavement and the like. Backbiting refers to a number of causes. One of them is the existence of large social relationships, daily practical conflicts, public discords and differences in view-points between people in addition to neglecting or ignoring the punishments to be imposed on the occurrence of such a big sin which may make someone speak ill of another before people.
Backbiting is an irremediable malady which can inflict any human society from which no individual can flee away. Allah, the Almighty, in His holy Book says: "Neither backbite one another. Would one of you like to eat the flesh of his brother? You would hate it. (so hate backbiting)" From Allah's Messenger, it was narrated that he said to Abi-Dhar: " O Abi Dhar!  Beware of backbiting because it is more serious than adultery. How can that be Messenger of Allah?" "Because the adulterer repents to Allah and Allah, will accept his repentance while backbiting cannot not be forgiven till it is forgiven by the back-bitten one.
It was narrated from Ali bin Abi Talib (P.B.U.H.) that he said: " Allah's Messenger (P.B.U.H.): " has forbidden backbiting and said: "He who backbites a Muslim, his fast will not be accepted, his ablution nullified and will come on Doomsday emitting from him a smell much worse than a rotten flesh which may harm those who are around him; so if he died before repenting, would die the death of someone who legalizes what is regarded as forbidden in Allah's sight to Whom be ascribed all glory and perfection. It is also narrated that Allah (Glory be to Him) has said to Moses (P.B.U.H.): "He who dies repentant of backbiting will be the last to enter Heaven and he who dies insisting on it will be the first to enter Hell."
Backbiting can be excluded in the following fields:
1. The notorious debaucher who publicizes his sin like the drunkard who is scandalized amongst people. In this case it is legal to speak ill of him in public but if he has wine secretly, nobody is allowed to backbite him. The same thing is to be said of the one who practices other debaucheries in public.
2. Backbiting is permitted to those who raise grievances against unjust people before judiciary with the aim of stating reality.
3. Criticizing essays and false scientific opinions are not included in the category of backbiting.

Points helpful to get rid of backbiting.
1. Remembrance of Allah's wrath at rebels and the punishment to be imposed on them on Doomsday including the backbiters.
2. Remember that the backbiter will pay to the back-bitten one most of the good he has done in his life, so he will go bankrupt on Doomsday losing his righteous deeds which have been transferred to those who had been back-bitten by him and that is, indeed, the clear loss.
3. It is better for man to remember his defects and shortcomings and mend them and not to pursue other people's faults and slips.
4. Not to be used to mixing with idle and the impious people for backbiting is the main topic of their conversation.


Slander
We defined back-biting as being: remembrance of a Moslem in his absence and among friends and companions of things he hates to be dealt with at all but slander is: to fabricate or defame a person by mentioning in his absence a deed or an act which has not been said or done by him and this misdeed is indeed greater, in effect, in Allah's sight than backbiting.
Allah, the Almighty said: " And whoever earns a fault or a sin and then throws it on to someone innocent, he has indeed burdened himself with falsehood and a manifest sin." (An-Nisa-112) It has also been narrated from Allah's Messenger (P.B.U.H.)  that he said: "He who unjustly speaks ill of a Muslim, male or female, in their absence, Allah, will place him on a hill of fire on Doomsday until he speaks up what he has said against the victimized one.
In brief, backbiting and slander are regarded of highly serious and manifest sins which depress the righteous deeds and destroy man unthinkingly. From Allah's Messenger came that he said: " Verily, backbiting is the foodstuff of the people of Hell-fire.
#Islam_Moralities
The most Readable one
War… The Forced-Choice in Islam
1654
To Whom Should Al-Khums be given?
1311
Giving the Zakat of Al-Fitr / Signs and Consequences
1304
Zakat (Al-Fitrah)
1236
The Companions of the Cave A Story
1131
Kinds of Az-Zakat and Charities… when Islam grants its individuals good living
1116
Zakat Al-Fitrah …How much? When…? And To Whom?
1114
Malik Al-Ashtar Al-Nukhaee… His Kinship and Birthday
1086
Zakat… To whom is to be paid? What are the conditions imposed on those who possess wealth?
901
The Islamic Year and the Migration Calendar
862