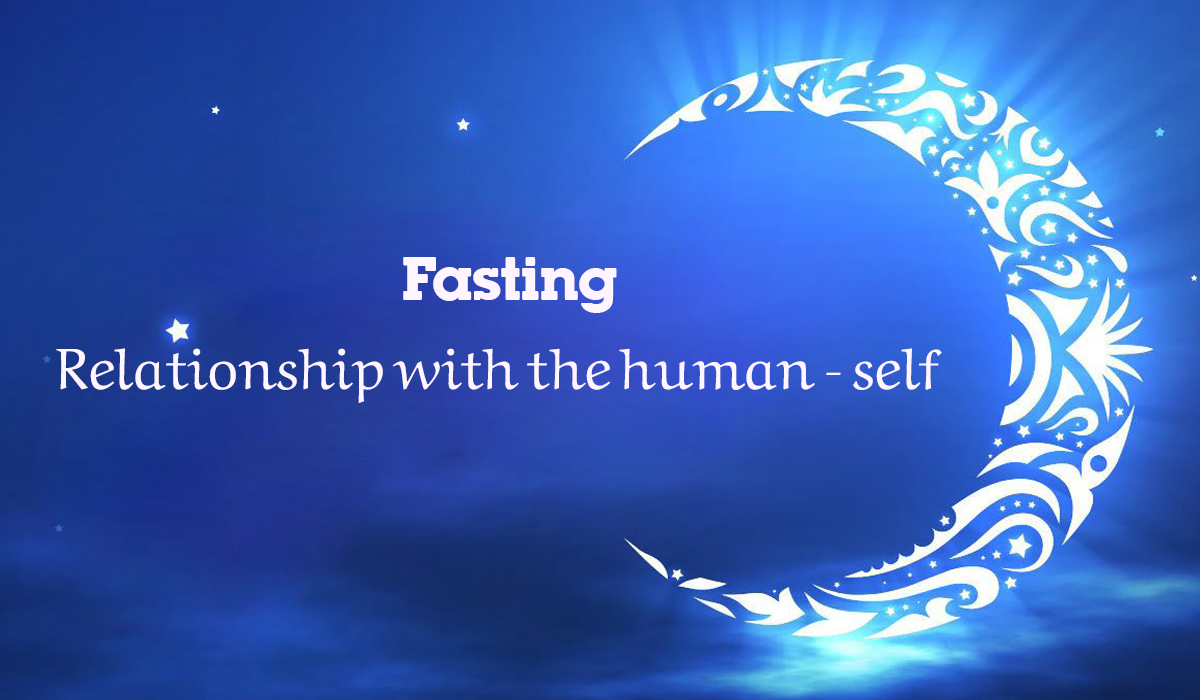 Relationship with the human - self (self-sport)/ Fasting

Man has found in religion various ways to educate both body and soul together to achieve his instinctive prospect which is inherent in education, creation of glory and confrontation of hard times and difficult situations and greatest challenges amongst which is "Fasting" imposed by Allah on the Moslems. Like the prayer, fasting has not also been a new thought or a new worshipping practice.
The attendants of the pre-Islamic religions have also practiced fasting. If the Israeli individual - for instance – wanted to dedicate himself to worshipping and self - confinement, should qualify himself for a long time by way of fasting against food and drink and even speech.
From here came to appear via these religions numerous norms and forms of fasting like fasting against eating meat and anything that links to the animal products and there can also be found some who fast steadily under the title of (Saumul-Wisal) fasting for tightening relationship with Allah for achieving some goal, like invoking Allah for rainfall for instance or even for the return of the absent one or any other thing.
And as such all the religions have taken part in growing the child by means of the different kinds of Fasting until the notion or the, civilized thought has emerged to be expressive of man's humble beliefs through Islam and reorganized their proper order and form and directed them correctly to make fasting denote as a man's sublime goal in life – which can be summed up in the word "piety."
The holy Torah tells us that the Prophet Moses (P.B.U.H.) that he had fasted for forty days on which he neither ate any food and drink water, too in a worshipping practice reminiscent to a great extent, of the Moslems' fasting where in Deutenoromy in the ninth chapter: "I stayed on the mountain for forty days and nights where I had neither bread nor rank any water'.
But as far as the Gospel is concerned, the Prophet Jesus the Christ (P.B.U.H.) says about fasting while addressing his disciple saying: "When you fast appear frown not as what the pretenders do so as to appear before people as being fasting. By the truth I say to you that they got their recompense. But as for you, the matter is that when you fast, wash your face and odor your head so that you may not appear to people as being in a state of fasting'.
#Relationship_with_one's_own_self_(Fasting)(self-sport)
The most Readable one
War… The Forced-Choice in Islam
1454
To Whom Should Al-Khums be given?
1109
Giving the Zakat of Al-Fitr / Signs and Consequences
1108
Zakat (Al-Fitrah)
1034
The Companions of the Cave A Story
943
Zakat Al-Fitrah …How much? When…? And To Whom?
922
Kinds of Az-Zakat and Charities… when Islam grants its individuals good living
922
Malik Al-Ashtar Al-Nukhaee… His Kinship and Birthday
903
Zakat… To whom is to be paid? What are the conditions imposed on those who possess wealth?
701
The Islamic Year and the Migration Calendar
686