| Relationship with one's own self (Fasting)(self-sport)  |  Why do we fast? 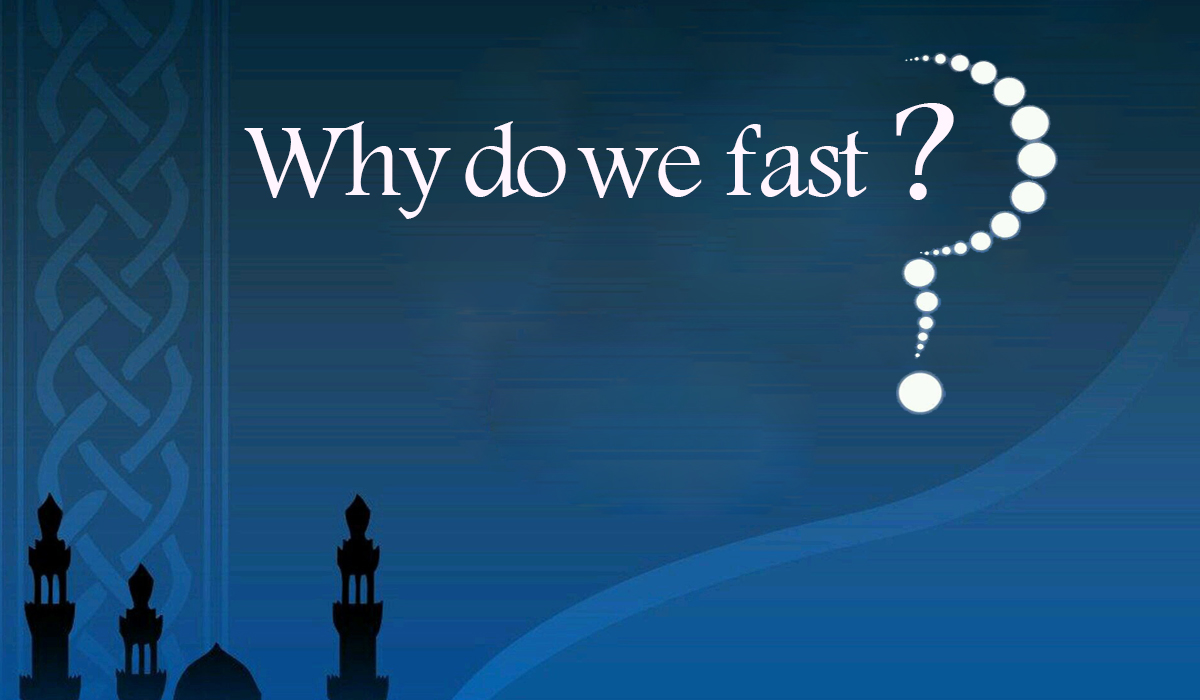 Why do we fast?

As we have remarked at the beginning of this topic that fasting has not been once as a strange thought or idea to the people but it has been well-known even before man got used to practicing the principles and rules of religions. All that Islam's message has done was to direct this hypothesis in a way that can grant the "objectiveness" in the worshipping practice. But at first we want to know what 'goal' is there behind fasting?! And for what purpose shall we fast?
Fasting's apparent practice is to avoid having food and drink and other kinds of pleasure starting from early dawn – that is, before sun-rise down to sun-set – and such state of being is reminiscent, to a great extent, with slight differences, of what the other religions do. So what is that which can distinguish Islam from the other religions if Islam's goal is sheer avoidance of man from food, drink and sexual practice - as all specialized people of language know?
In reply to this question, Allah, the Almighty, says, in His Quran: "O you who believe! Observing As- Saum (the fast) is prescribed for you as it was prescribed for those before you that you may become Al-Muttaqin (the pious)." (Al-Baqarah:183).
And as piety is the goal of the fasting one, practicing will differ much from the rest of religions, so, when the human physical limbs fast from the illicit morsel only, but also tries to avoid all that pollutes the atmospheres of this uniquely divine practice i.e. fasting the tongue from backbiting, lying and slandering for instance.
There is a famous anecdote in which the Messenger of Allah (P.B.U.H.) demands one of them to have food with him after she had backbitten one of her co-mates – makes this philosophy clear and strongly consolidates it for he (P.B.U.H.) says: "How can you be fasting whereas you, meantime, have eaten up the meat of your fellow creatures with a reference from him to her backbite which Allah vigorously rejected in ordinary times; so how would the case be in the hours of fasting?

#Relationship_with_one's_own_self_(Fasting)(self-sport)
The most Readable one
War… The Forced-Choice in Islam
1454
To Whom Should Al-Khums be given?
1108
Giving the Zakat of Al-Fitr / Signs and Consequences
1108
Zakat (Al-Fitrah)
1034
The Companions of the Cave A Story
943
Zakat Al-Fitrah …How much? When…? And To Whom?
922
Kinds of Az-Zakat and Charities… when Islam grants its individuals good living
921
Malik Al-Ashtar Al-Nukhaee… His Kinship and Birthday
903
Zakat… To whom is to be paid? What are the conditions imposed on those who possess wealth?
700
The Islamic Year and the Migration Calendar
686