| Muhammad(P.B.U.H)… as leader |  Diplomacy in the Age of the Heavenly Message 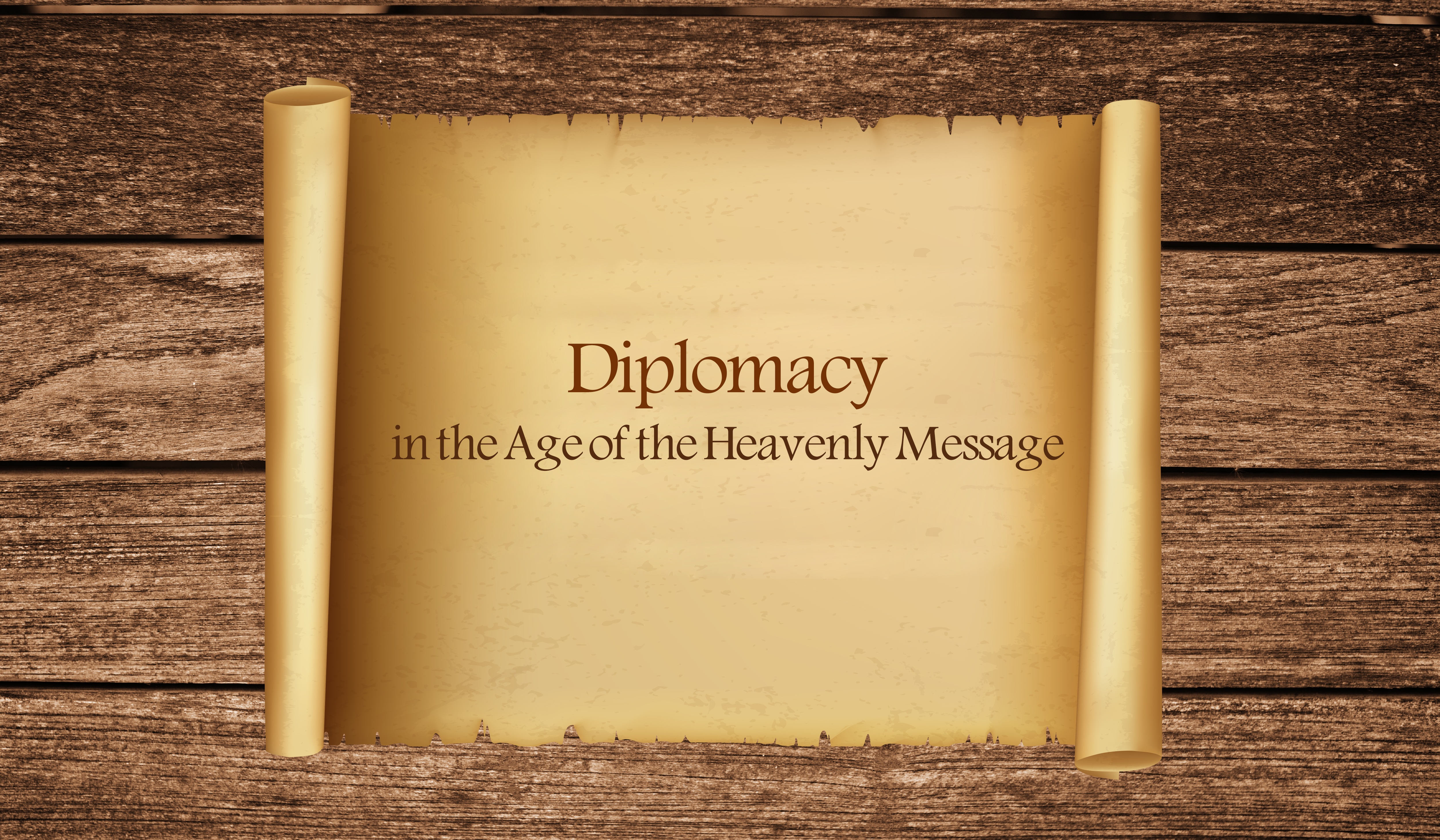 Diplomacy in the Age of the Heavenly Message

The diplomacy employed by the leader Muhammad (P.B.U.H.) has got numerous facets amongst which some have already been talked about regarding the delegation of his ambassadors to various cities and states considering them as his diplomatic system who would bring glad tidings to the people there about his State and focus their attention to the necessity of respecting its sovereignty in addition to its being a kind of acquainting the people, wherever they settle, with his religion and more important to him than that is the matter of taking care about the relevant protocols at that time being.

The noble Prophet (P.B.U.H.) has also provided them with documents for enhancing the fact of their representation of him on the one hand and the verification of their being appointed by him on the other hand; besides benefiting from the privilege of their competence in the language of the state to which each one of them will be employed.

The Prophet, Muhammad (P.B.U.H.) has also established the principle of respecting the envoys and messengers of the states and other countries who are residing there by his ambassadors to the host countries and not to interfere in the affairs of any delegate, of whatever country he may be and howsoever tense the conflict or discord may be with them.

It is, also what is called today as: " the Settlement of Residence," run by a highly diplomatic system with the aim of receiving and accommodating the forthcoming delegations from different countries.
We should not forget to employ it as a diplomatic tactic for signing and endorsing treaties, covenants, agreements and alliances which can be regarded as a suppository solution i.e. a diplomatic treatment which renders all the options on display and ready for discussion prior to the option of war.
#The_Prophet_of_Islam
The most Readable one
War… The Forced-Choice in Islam
1493
Giving the Zakat of Al-Fitr / Signs and Consequences
1152
To Whom Should Al-Khums be given?
1151
Zakat (Al-Fitrah)
1090
The Companions of the Cave A Story
977
Zakat Al-Fitrah …How much? When…? And To Whom?
972
Kinds of Az-Zakat and Charities… when Islam grants its individuals good living
965
Malik Al-Ashtar Al-Nukhaee… His Kinship and Birthday
943
Zakat… To whom is to be paid? What are the conditions imposed on those who possess wealth?
743
The Islamic Year and the Migration Calendar
724