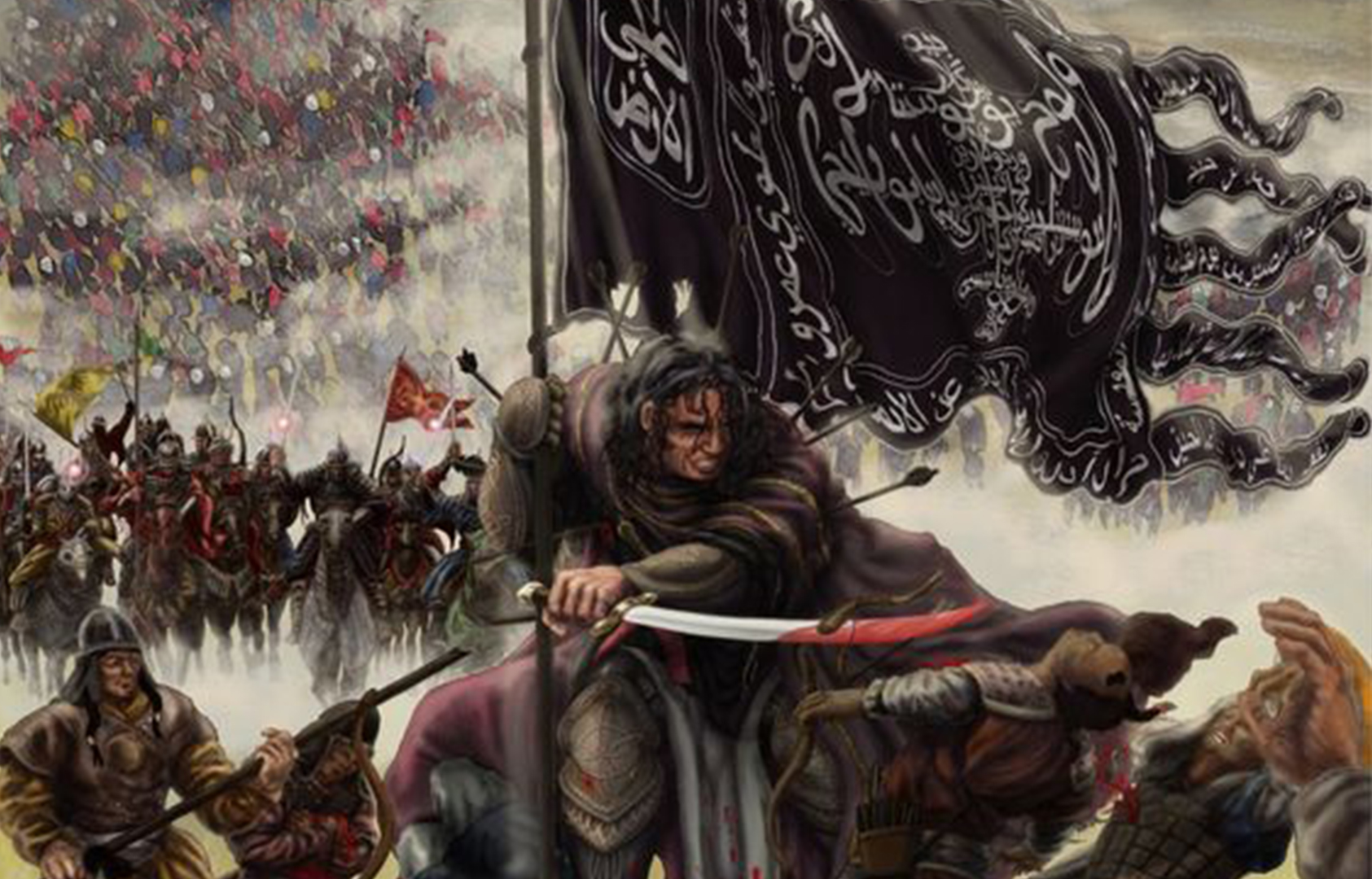 At the end of 3 or 5 years since the beginning of the Islamic Call, the stage of ultimatum started via the heavenly speech to the Prophet (P.B.U.H.) and the message was transferred from the individual to the society and this transformation has represented a vigorous challenge to all those who strongly rejected the message of Islam.
As narrators and historians remark, this stage started since the Prophet's stoppage at Al-Safa mountain and from there he called out Quraish's folk to approach from every corner and asked them to give an attentive ear to him and, as they were ordered, they came closer to him and here he said:
"If I tell you that the enemy is waylaying for you by day or by night, won't you believe me?" They all in one word shouted: "Yes." Therefore, I am a warner to you for you will stand between the hands
of the Al-Mighty Who will afflict you with an unbearable chastisement."
Just moments after publicizing this advertisement and as usual, Abu Lahab rose to defy the Prophet with a severe reply by saying:" Fie to you, the manager of today affairs! Is it for this have you gathered us together.?"
At this, Allah has sent down this verse: " Perish the two hands of Abu Lahab. His wealth and his children will not benefit him. And his wife too who carries wood. In her neck, a twisted rope of masad. (palm leaf) ( Al-Masad 1----5)
From the viewpoint of Quraish, this call stood for a genuine coup for the Prophet (P.B.U.H.) managed to change the course of events and the people's march in life and causes them to be elevated high towards sublime virtues, and human values.
Besides, he could disperse or eradicate all the roots of tyranny and injustice. Under the influence of all that, Islam during that era, a number, not to be sneezed at, of Arabs have entered into Islam and others as well.
But real confrontation lies in the fact that many Quraishi people were opposing the line of Islam and stood against this call and violently resisted against it by causing much harm to them before being spread all over the Arabian lands to the level that would be hard for them then to control the situation.
On account of all that harm and mischief, the Muslims raised their grievances to the Prophet (P.B.U.H.) and their complaint found response in his heart. They succeeded in making him agree to allow them to immigrate to some safer place for them and put an end to their sufferings. The Prophet gave them permission to migrate to Yathrib which is now known as Al-Madina Al-Munawara.
In order not to stir the whims of Quraish people, Muslims secretly started marching along to their drawn up target while the Prophet (P.B.U.H.) stayed there waiting to receive the divine order for the intended immigration to the so-called Al-Medina Al- Munawara.
No sooner had the people of Quraish known of this immigration than they sought preventing the Muslims from the migration via a number of ways varied between torment and temptation to get them back to Mecca to preserve its security and stability which meet the desires of masters of Quraish.
#The_Prophet_of_Islam
The most Readable one
Giving the Zakat of Al-Fitr / Signs and Consequences
399
To Whom Should Al-Khums be given?
377
Zakat (Al-Fitrah)
361
Malik Al-Ashtar Al-Nukhaee… His Kinship and Birthday
296
War… The Forced-Choice in Islam
287
Zakat Al-Fitrah …How much? When…? And To Whom?
287
Kinds of Az-Zakat and Charities… when Islam grants its individuals good living
282
The Islamic Year and the Migration Calendar
248
A True Coup
222
The Companions of the Cave A Story
222