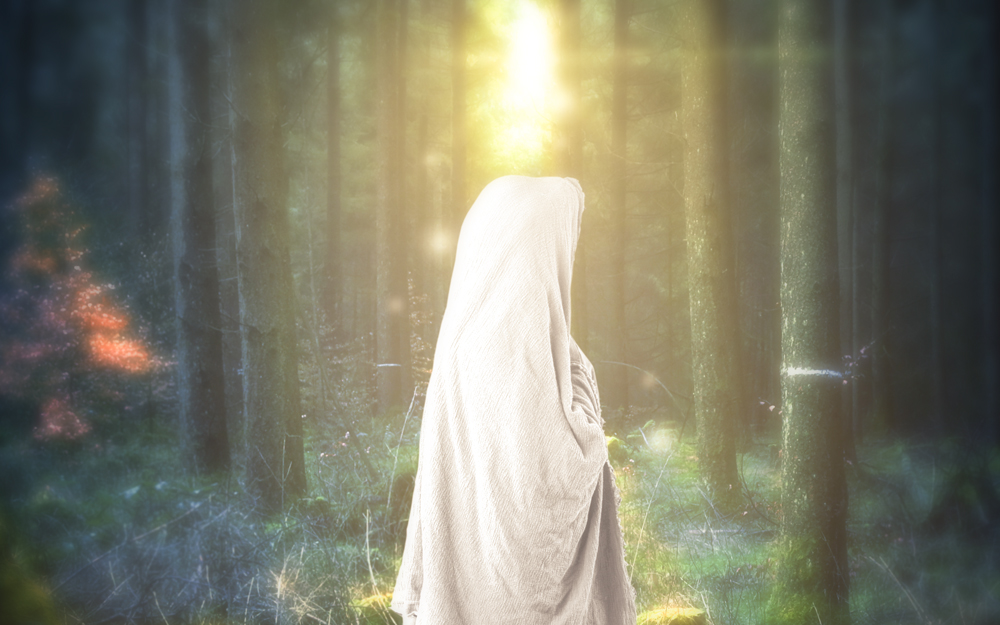 Khadijah Bint Khuwailid is a woman related to a deep-rooted family which has been renowned for noble reputation and highly elevated manners and for its inclination to "Hanafism," the religion of Abraham, Al-khalil (P.B.U.H.).
Khadijah's father is the person who contended with the King of Yemen of that time and challenged him when the King was determined to transfer the black stone to Yemen but this same Khuwailid insisted on challenging him in defense of the rites of his religion and his belief in spite of multitudes of the Yemeni king's supporters at that time.
As for her grandfather, he is: Asad bin Abdul-Uzza - one of the eminent personalities of his folk who has taken part in Al-Fudhul to stand up for the vulnerable and the needy. As for Waraqa bin Nawfal is her uncle and he was the person who had read all the books of Al-Nasara (Christians) and the Jews in addition to living with them in peace and security.
It is difficult to give a clear picture about her previous life before being married to Muhammad (P.B.U.T.) because books of history didn't touch upon her biography during that period in detail. Besides, there is some discord about whether she has got married to someone else before Muhammad or not.
It is narrated that she had been married to two men and that she had got children from both of them but some other narrations say that she has been virgin when she has got married to Muhammad (P.B.U.H.) But as regards her age when she married Muhammad (P.B.U.H.) there is some doubt about that, too.
As narrated, she is said to have been 25 years of age and according to another assumption she is said to have been 28 years old. According to some other sources she is said to have been 30 or 35 and even 40.


Muhammad and Khadijah (P.B.U.T).
When Muhammad (P.B.U.H.) was 25 years old, he came out to be an intelligent trader and showed a highly competitive spirit in transacting business. He convened a partnership in a business or a bargain based on two parties with the profit to be divided in half- one party employs his capital and the other party invests his effort-  that is with property of Khadhijah bint Kuwailid by a suggestion made by his uncle Abu Talib (P.B.U.H.) who took the role a mediator to make this trade succeed.
So the first trading journeys to Al-Sham were set off with the companionship of "Maysarah" the servant who was infatuated with the character of Muhammad (P.B.U.H.) owing to this same trading journey through which he could achieve a wonderful success and won abundant profits.


The Blessed Marriage of Muhammad and Khadijah (P.B.U.T)
Khadijah bint Khuwailid was greatly infatuated with the character of Muhammad and his honesty, noble manners and sincerity and added to that what her servant "Maysarah" had said about his divine honors which the servant had witnessed of Muhammad (P.B.U.H.) in their trading journey to Al-Sham and thus her interest in him increased and Khadijah eagerly expressed her keen desire to get married to him as many texts from reliable sources had indicated that.
Abu Talib went with a number of his household members to engage her to him by referring to her uncle Amr bin Asad."In her house Abu Talib (P.B.U.H.) opened a talk with her uncle by starting it with praise and thank to Allah, the Almighty saying: "Praises and thanks be to the Lord of the House who made us the offspring of Abraham and the progeny of Ismael and we made us descend as secure sanctuary and as rulers over the people, highly blessed in the country where we live, " till he said:
"Yes, this is my nephew, namely, Muhammad, who has had no one equal to him from Quraishi people without exceeding him in talent and integrity, nor equivalent to him in creation, nor deficient in possession of wealth for wealth has been to him like ever flowing water; yet, in the meantime, wealth, to him, is no more than a passing shadow.
He feels he has a strong desire for her as much as she has had for him; and now we came to you to engage her to him out of her own will and order; and that her dowry will be, all in all, as you demanded, at my own account, the sooner and the later ones.
Besides, he has got by the Lord of this Sacred House I swear, a great luck, a well-reputed religion and perfect sagacity."
And owing to Muhammad's high and great position in the hearts of the people (P.B.U.H.) to the extent that Khadijah bint Khuwailid has granted the dowry herself though some opposed such procedure as it was not common in society to find women undertake the cost of the dowry because dowries are to be paid by men, not women as that was conventional.
As a reply to allegations as such, Abu Talib (P.B.U.H.) said: "If they were – meaning the men- other than my nephew-that is, my brother's son, had come to engage her, she would have demanded them to pay the highest of dowries and the highest of costs - as you, yourselves demand the highest of dowries when you get your daughters married."


The Blessed Progeny
Historians differed in restricting the number of his children but what we have in hand of the narrations that came in that respect from the Imams (P.B.U.T.) which referred to him are the following:
1. Al-Qasim
2. Abdullah who is renowned as "the pure" and "the gentle"
3. Um Kulthum
4. Ruqaiyya
5. Zainab
6. Fatimah


Al- Shaikh Taberasi: one of the prominent religious authorities of the Shia says: " The first who was borne and born was Abdullah bin Muhammad i.e. the "gentle" and the "pure" but the people make a gross mistake and say: " She gave birth to four sons, namely:
Al-Qasim, Abdullah, Al-Tayyib and Al-Tahir but in fact, she only bore of him two sons only; the second one was Al-Qasim and was said to be the elder one and that he was his virgin and by his name Muhammad (P.B.U.H.) was usually nick-named and four daughters: Zainab, Ruqayyah and Fatimah."
But as for their arrangement according to their age, it can be fully seen detailed by Al-Allamah Al-Majlisi (1037 -1111 H.) and he also regarded as a prominent religious authority of his time. Kazroni conveys of him through Ibn Abbas that he said:
"The first son who came to the Prophet of Allah Muhammad in Mecca before prophet-hood:  Al-Qasim and by him he was usually nicknamed, then came Zainab, then Ruqaiyyah, then Fatimah, then, Um Kulthum; then came to him in Islam Abdullah and people used to call him, " the gentle" and the "pure." The first to die of his sons was: Al-Qasim, then followed by Abdullah, in Mecca.
At this point, we get to know as a fact that Al-Aas bin Waael Al-Sahmi has got cut off from posterity; and Allah has descended a verse in this respect which reads: " O Muhammad! He who hates you will be cut off from posterity and every good in this world and in the Hereafter."(Al-Kawthar: 3).
#The_Prophet_of_Islam
The most Readable one
To Whom Should Al-Khums be given?
476
Giving the Zakat of Al-Fitr / Signs and Consequences
469
Zakat (Al-Fitrah)
450
War… The Forced-Choice in Islam
430
Malik Al-Ashtar Al-Nukhaee… His Kinship and Birthday
370
Kinds of Az-Zakat and Charities… when Islam grants its individuals good living
349
Zakat Al-Fitrah …How much? When…? And To Whom?
348
The Companions of the Cave A Story
326
The Islamic Year and the Migration Calendar
304
A True Coup
245