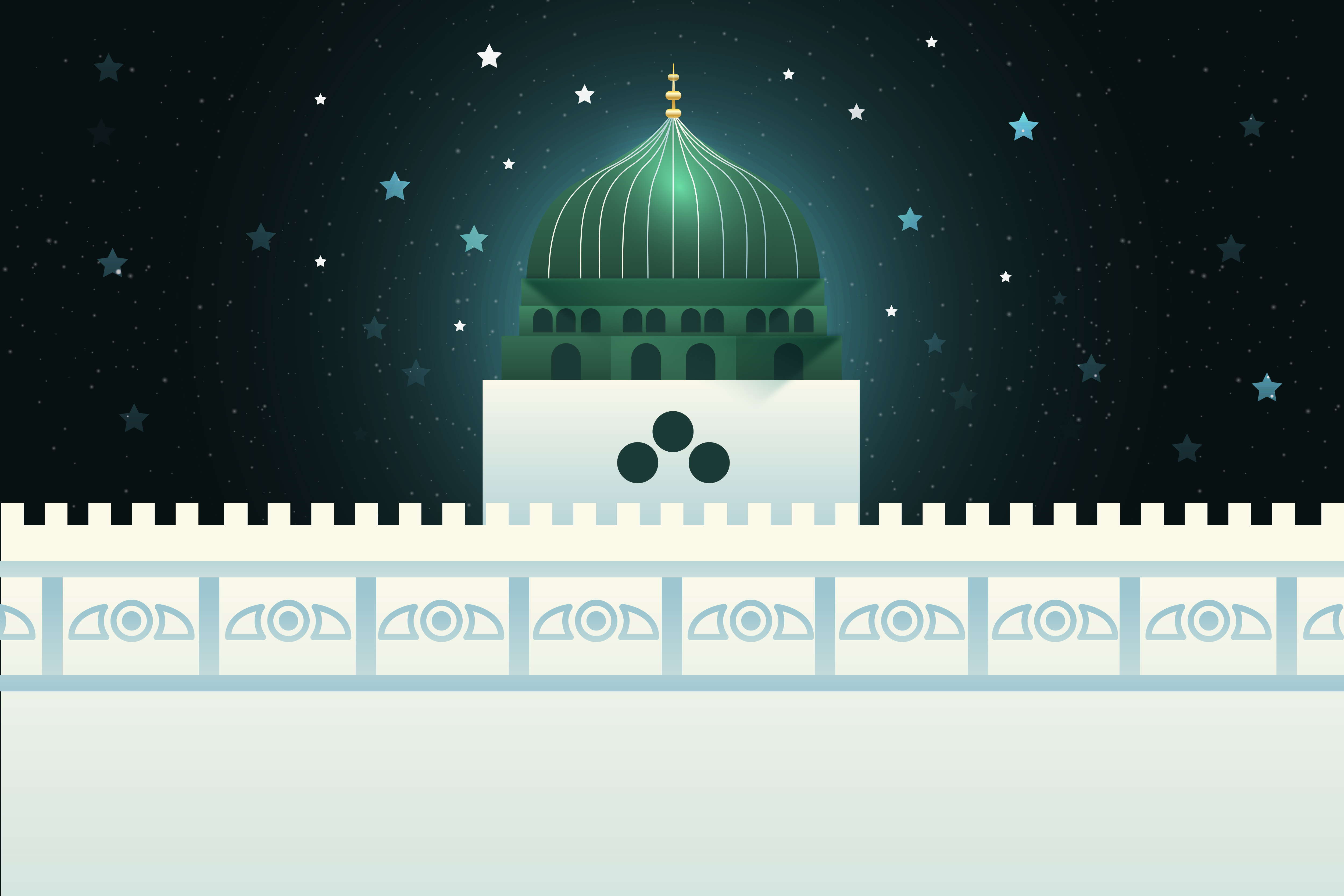 In Islam, the criterion of assessing the temperament of this religion's embracer lies in the extent of his sympathetic spirit with Muhammad's cause of Islam and his pure progeny (P.B.U.T.)
Allah, the Almighty, asserts this fact in His holy Quran saying: " Indeed, in the Messenger of Allah you have a good example to follow for him who hopes in the Meeting with) Allah and the last Day, and remembers Allah much."(Al-Ahzab:21).
Despite the multitude of attempts which intentionally aimed at targeting the very person of the Prophet via a number of misdeeds and accusations emitted by those who cherish hostility against this religion but the clear-cut declarations of our noble Quran has paid much tribute to his mood and good manners by saying:
"And verily, you O Muhammad! You are on an exalted (standard of) character." (Al-Qalam:4) in addition to the great number of the verses through which the Prophet manners was highly praised; besides, a great bulk of stories and narratives which talk about attitudes which reflect the extent of his lofty demeanor.


The Prophetic Frugality
This topic touches upon revealing the Prophet's frugality of Muhammad (P.B.U.H.) with regard to his food, drink and clothes, his house location, his belongings of luggage and domestic needs. His foodstuff was composed of barely bread which he even ate very little of it according to what Imam Al-Sadiq (P.B.U.H.) has narrated – for he has been the sixth Imam of the Shia sect – that the Messenger of Allah hasn't eaten bread made from wheat at all."
One of his wives also narrated saying: "By the ONE who sent Muhammad as Messenger by truth, I swear that we haven't got a sieve at home nor did he eat bread refined under a sieve since he was commissioned by Allah until his spirit has flown up unto Him.
She also narrated about his garments saying: "Nothing did he take of one article- by taking two items of the same article; that is: No pair of shirts; no pair of garments and no pair of shawls and no two pairs of slippers, and he is very often seen wearing a mended second hand garment.
His trustee and cousin, Ali bin Abi Talib also gave us some details about the frugality of Muhammad (P.B.U.H.) who described him by saying: "The bedsheet of Allah's Messenger was his own "Aba" (mantle) and his pillow was a piece of linen usually filled with fibers on which he used to sit at times.
He also owned a velvety garment made in Fadak which he used to wear to look more submissive in worshipping and he also got another less velvety Egyptian garment as well.
He also got a rug made from goatskin which he also used to sit on, too. Such his frugality has been and to an extent that he even didn't save money for his tomorrow nor even of the other items which he urgently needs for his daily domestic affairs.  His servant, Anas bin Malik says: " Allah's Messenger saved nothing for tomorrow.
Bearing all this in mind, his frugality manifests itself to a greater extent when we get to know that Muhammad died all of a sudden and his shield was mortgaged to a Jewish figure in return for thirty scales of barley.
#The_Prophet_of_Islam
The most Readable one
To Whom Should Al-Khums be given?
476
Giving the Zakat of Al-Fitr / Signs and Consequences
469
Zakat (Al-Fitrah)
450
War… The Forced-Choice in Islam
430
Malik Al-Ashtar Al-Nukhaee… His Kinship and Birthday
370
Kinds of Az-Zakat and Charities… when Islam grants its individuals good living
349
Zakat Al-Fitrah …How much? When…? And To Whom?
348
The Companions of the Cave A Story
326
The Islamic Year and the Migration Calendar
304
A True Coup
245