| Muhammad(P.B.U.H)… as martyr |  The Noble Prophet Muhammad Transferring to His Lord 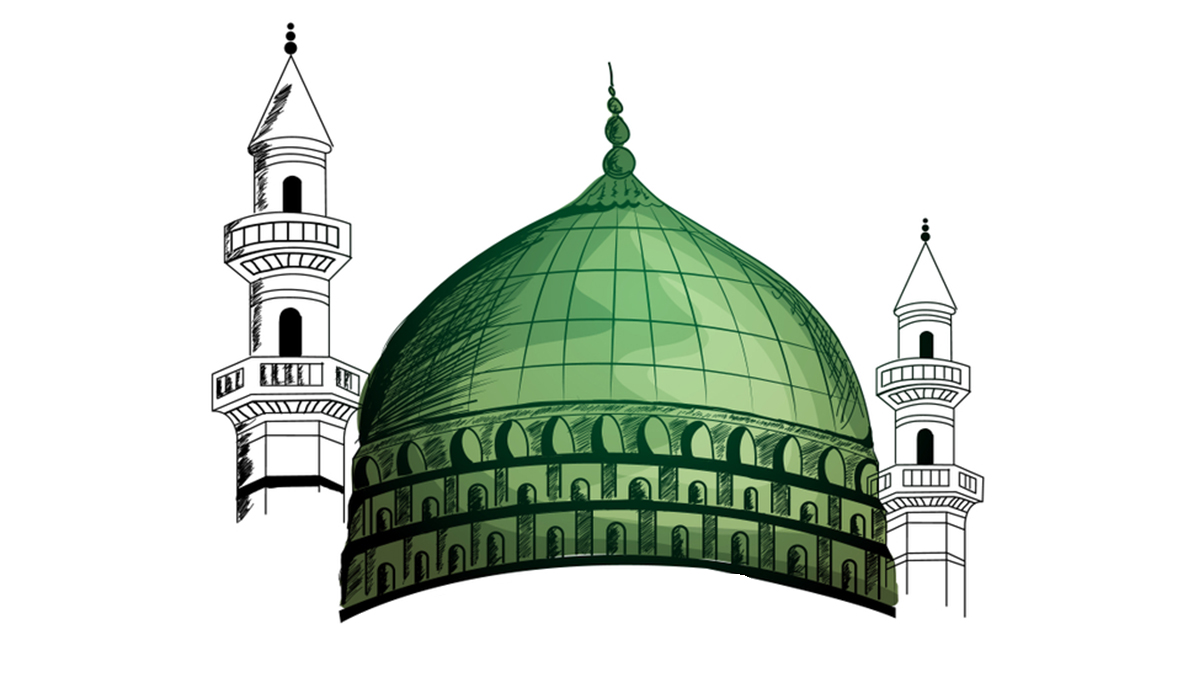 The Noble Prophet Muhammad Transferring to His Lord

Despite the occurrence of several political coups shortly after the martyrdom of the noble Prophet (P.B.U.H.) and trenched himself with what is called:
The Fifth Column of those who try to disperse the Islamic class while this periodic interval of the age of the Muhammadian message was serious at that time starting with the sequence of events and the case of hastening their occurrences represented in what the opponent team has taken of procedures against the original Prophetic line.
That procedure is taken through convening frequent meetings in an attempt by them to prevent the owners of legal rights from holding their proper posts and positions after the painful loss of their Prophet (P.B.U.H.) to hold then a conference of the so-called:
"Al-Saqifa Conference" at which the opponents have confirmed the necessity of gathering the scattered classes together even though in not attending moments of undertaking the Prophet's burial formalities for his last destination! and rather preventing him from stating his last recommendation before being taken to his last destination especially when putting in mind that the post of the Imamate is complementary to Prophet-hood and in fact the most important ring in the march of the Islamic mission since it can clearly serve as the tool which will make this religion steadily go forward and through which roles will be distributed besides stating the new leader after him and naming him in his person and he will be known to people as: "Al-Imam."
In spite of what the conference of Al-Saqifa which was held at Saqifat bani Saeda has constituted a serious historical turning point … the hidden intentions of the fifth column have all been revealed and scandalized the shameful situations of the weak-spirited hypocrites-and those who originally have nothing to do with Islam at all- until the conference culminated in nominating Abu Bakr as the political caliph to the holy Prophet after futile pragmatic disputes based on personal interests leaving aside the divine selection especially when we in advance, know that the conference was lacking the most important names who have got the nearest relationship and intimacy to the Prophet- not only on the level of location but on the level of great adherence to acquiring knowledge, preparation to hold responsibility of administrating the State.
Among those who are well cut out for the task of running the State was Ali bin Abi Talib (P.B.U.H.) and his companions of the first caliber who have witnessed the honorable birth of this religion, went through the thorny track of it and had great share in all that has taken place on the ground of reality-like Ammar bin Yasir, Al-Abbas and his son Al-Fadhl, Al-Miqdad, Abi Dhar Al-Ghifari and all Bani – Hashim.
Regardless of what the team of the caliphate draws up of justifications before the Prophetic program which recommended the Imamate and nominated the team of the Imams who successively follow one another to hold office after him establishing by that – according to the Divine Directions – the program of the Imamate as being complementary to Prophet-hood.
In this way, the concept of the Imamate has remained stabilized and concentrated in hearts of the former Muslims especially in understanding the dimension of the unknown world via Islam and truly trusted in all of the Muhammadian proposal without partitioning it and under the effect of any circumstances.
The team of the caliphate spared no effort in trying to mend their attitude and covering the motives therein and its interests for the team leaders initiated the causes of their dispersion – or perhaps they didn't take the recommendation of the noble Prophet! – of what the noble Prophet (P.B.U.H.) had wanted to write but he was prevented from writing under the excuse of his deteriorated condition might not enable him to write what he really wanted to write. (Far be it from him)
But they unconvincingly justified their hasty procedures to keep the whole matter in their grip and with crystal clear marginalization and intended negligence of the legal right of the Prophetic family and the line of the first Prophet's companions as though feeling the crucial stage the State is undergoing and thus undertaking the task of filling up the state of the political and administrative vacuum which has been left ignored by the loss of the noble Prophet.
#The_Prophet_of_Islam
The most Readable one
Giving the Zakat of Al-Fitr / Signs and Consequences
304
To Whom Should Al-Khums be given?
274
Zakat (Al-Fitrah)
258
Malik Al-Ashtar Al-Nukhaee… His Kinship and Birthday
224
Kinds of Az-Zakat and Charities… when Islam grants its individuals good living
209
Zakat Al-Fitrah …How much? When…? And To Whom?
208
War… The Forced-Choice in Islam
183
A True Coup
174
The Islamic Year and the Migration Calendar
172
The Companions of the Cave A Story
140