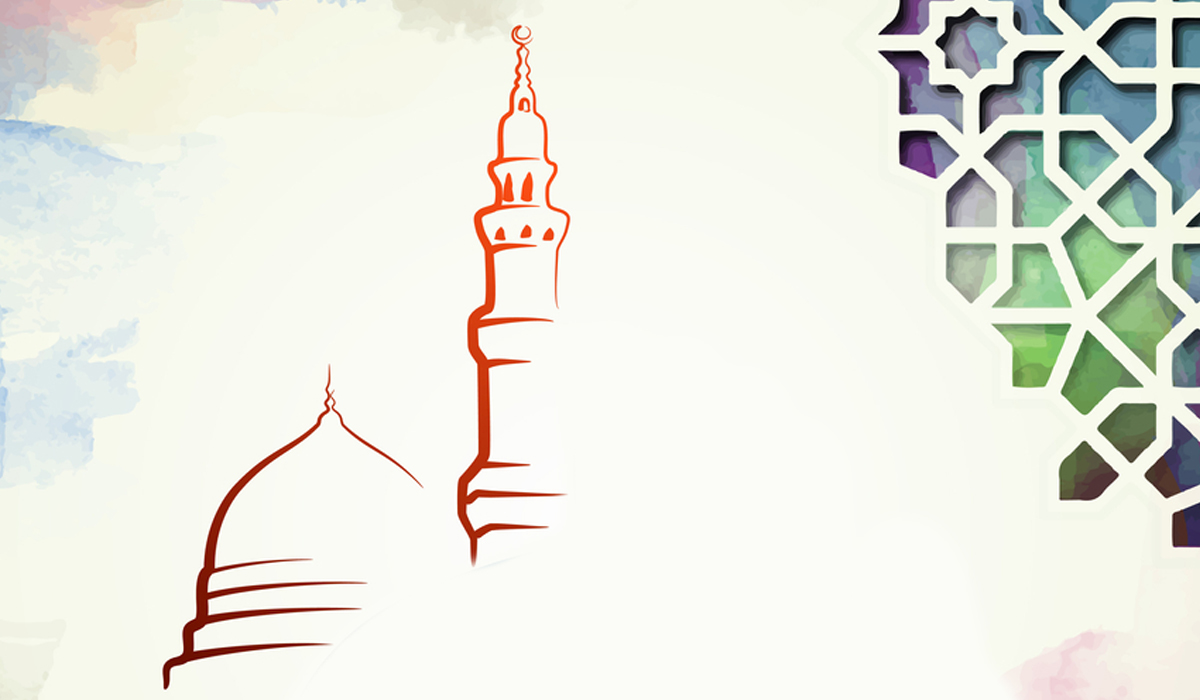 A prophet is a person whom Allah, the Almighty appoints from among His creation to convey His message to people; therefore, he eats food and walks in the markets and marries women but this man must be merited with particular specifications, high and lofty perfections and elevated manners which can distinguish him from the rest of people.
This is what we usually term as: "infallibility" in order to be the center of trust, respect and regard of those who gather around him to the extent that if he submits to prophet-hood and starts foretelling and preaching about His Lord, it will then be incumbent upon them to obey him and believe in what he preaches them for what they have known of him about his honesty, truthfulness and good manners.
This is the real state of being of our Prophet Muhammad (P.B.U.H.). It is he who has been known in public as: the rightful and the honest person who is endowed with high morals and praise-worthy traits and is well-known by the far-off and the near-by dignitaries of Macca and its roundabouts. How not?!  Allah has pre-ordained him to play that tremendous and serious role in the life of this nation and that is as already mentioned: Prophet-hood.
The noble and sublime attributes which are enjoyed by any prophet have not been acquired nor they come through practicing a special sport but they have been of Allah's bounty and divine endowments offered by His Almighty to His well-chosen number of people because the one who conveys of Allah-must be integrated, non-forgetful, infallible and incredulous and all that will be listed as pre-requisites of preaching people in the name of Allah, the Merciful, the Compassionate so that no defect or blemish nor any wrong in conveying the information may occur while conveying information from Allah to whom be ascribed all glory and perfection to His creation.


The Prophets' Characteristics
The prophet is privileged with some characteristics which distinguish him from other people who lack possession of those qualities. Among them are the following:
1. Divine Inspiration: This merit is specified for prophets only which is a commoner route for the communication of the prophet with the Unknown World.
2. Infallibility: It necessitates that the prophet should be infallible against committing any crimes whether big or trifle ahead of which is: Lying. The one who is untrue cannot convey the message of heaven in truth and with strictness to people.
3. Perfection: The prophet must be endowed with psychological and mental perfection and infallibility against wrongdoing is among them as well as casual flaw and forgetfulness because they are of the necessities of preaching.
4. Marvellousness: Prophets enjoy the ability of showing marvels to convince people that within every prophet a gigantic ability exceeding the human energy to facilitate to the people the state of confession in his extra abilities and making them believe in him.
5. Guardianship: It is of two kinds:
A) Formative Mandate: It means the ability to subject the existing assets and things and the right of employing them on behalf of the owner of the guardianship without affecting the principle of Monotheism which confirms that everything returns to Allah, the Almighty, to whom be ascribed all glory and perfection.
In the holy Quran came that if there had been a formative mandate with one of the creation, it will surely be through Allah's permission so that some suspicion of polytheism should not pierce into the minds of the people. Allah, the Almighty, said: " through the tongue of Jesus (P.B.U.H.)
"And will make him (Jesus) a Messenger to the Children of Israel (saying): "I have come with a sign from your Lord, that I design for you out of clay, a figure like that of a bird and breathe into it, and it becomes a bird by Allah's Leave and I heal him who was born blind and the leper and I bring the dead to life by Allah's Leave." (Aal Umran: 49).
B) The Legislative Mandate:
means that the prophets alone can possess the right of legislation i.e. the ability of deriving the correct and legal right of legislation which corresponds with the divine judgments of Allah, the Almighty, and that the owner of this mandate has also the right of establishing good and forbidding evil and the others must wholeheartedly obey him without any dispute.
Below you find the names of the prophets whose divine Books are mentioned in the holy Quran:
1. The Prophet Noah whose book is the Plates.
2. The Prophet Abraham whose book is the Scripture.
3. The Prophet David whose book is the Zabor.
4. The Prophet Moses whose book is the Torah.
5. The Prophet Jesus whose book is the Gospel.
6. The Prophet Muhammad whose book is the Quran.
#Islamic_Creed
The most Readable one
War… The Forced-Choice in Islam
784
To Whom Should Al-Khums be given?
668
Giving the Zakat of Al-Fitr / Signs and Consequences
663
Zakat (Al-Fitrah)
609
Malik Al-Ashtar Al-Nukhaee… His Kinship and Birthday
508
Zakat Al-Fitrah …How much? When…? And To Whom?
478
Kinds of Az-Zakat and Charities… when Islam grants its individuals good living
474
The Companions of the Cave A Story
451
The Islamic Year and the Migration Calendar
382
Zakat… To whom is to be paid? What are the conditions imposed on those who possess wealth?
367