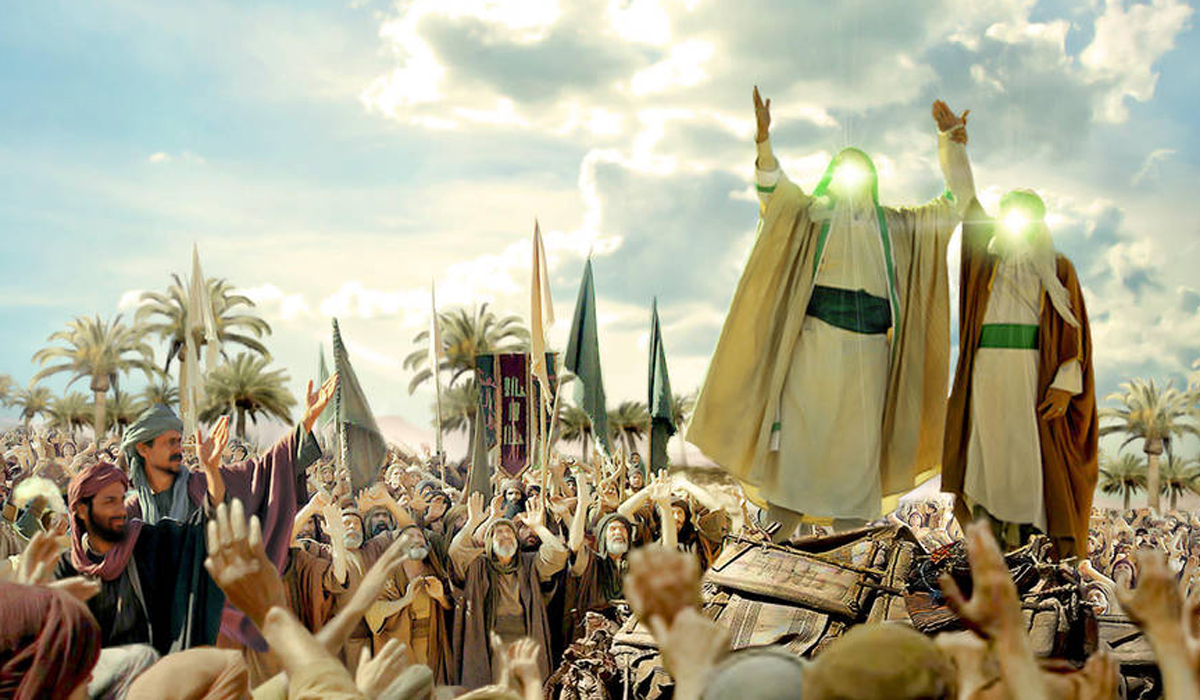 After becoming aware of the cause of which Allah, the Almighty has sent the prophets and how they should preach or convey Allah's messages to people as regards their worldly and hereafter affairs and how to be their guiding hands towards purifying their souls and preaching them the Scripture and wisdom.
This guide must fulfill along the ages and generations the nation's steady needs of being guided by the guidance of the divine teachings which is represented by the caliph of the people on earth …but how about managing the people's affairs if the prophet died or was killed? Will the nation stay without a leader to care about the whole of their daily life affairs and leave return it to their previous conditions through which they were wallowing in the morass of ignorance, disbelief and misguidance?
Is it not necessary for prophets to witness their extension through the righteous people while following up their divine march along the ages by undertaking the burdensome task of conveying their messages to people after the absence of the Prophet?
Isn't it incumbent upon the prophets to appoint caliphs and trustees for them to run the affairs of this nation which has lost its prophet, leader and guardian? Or the prophet would leave them to wallow in the abyss of anarchy in a way that one may say: the affair can be settled by deliberation among them so, choose whom you like.
This case will then lead to the emergence of the hypocrites and the utilizers through whom struggle over authority may arise and aggravates the situation by causing an overwhelming anarchy and igniting the fire of sedition in the classes of the society which is still fresh and active but its roots of faith have not stabilized yet.
Imamate, linguistically means: someone standing in front of a group of people while establishing a congregational prayer. In the holy Quran came the following: "I have appointed you to people as Imam." That is to stand ahead of the people in prayer. The first Imam in Islam has been the Prophet himself in the beginning but then this privilege is transferred alternately from one Imam to the one comes next and so on.
#Islamic_Creed
The most Readable one
War… The Forced-Choice in Islam
1493
Giving the Zakat of Al-Fitr / Signs and Consequences
1152
To Whom Should Al-Khums be given?
1151
Zakat (Al-Fitrah)
1090
The Companions of the Cave A Story
977
Zakat Al-Fitrah …How much? When…? And To Whom?
972
Kinds of Az-Zakat and Charities… when Islam grants its individuals good living
965
Malik Al-Ashtar Al-Nukhaee… His Kinship and Birthday
943
Zakat… To whom is to be paid? What are the conditions imposed on those who possess wealth?
743
The Islamic Year and the Migration Calendar
724