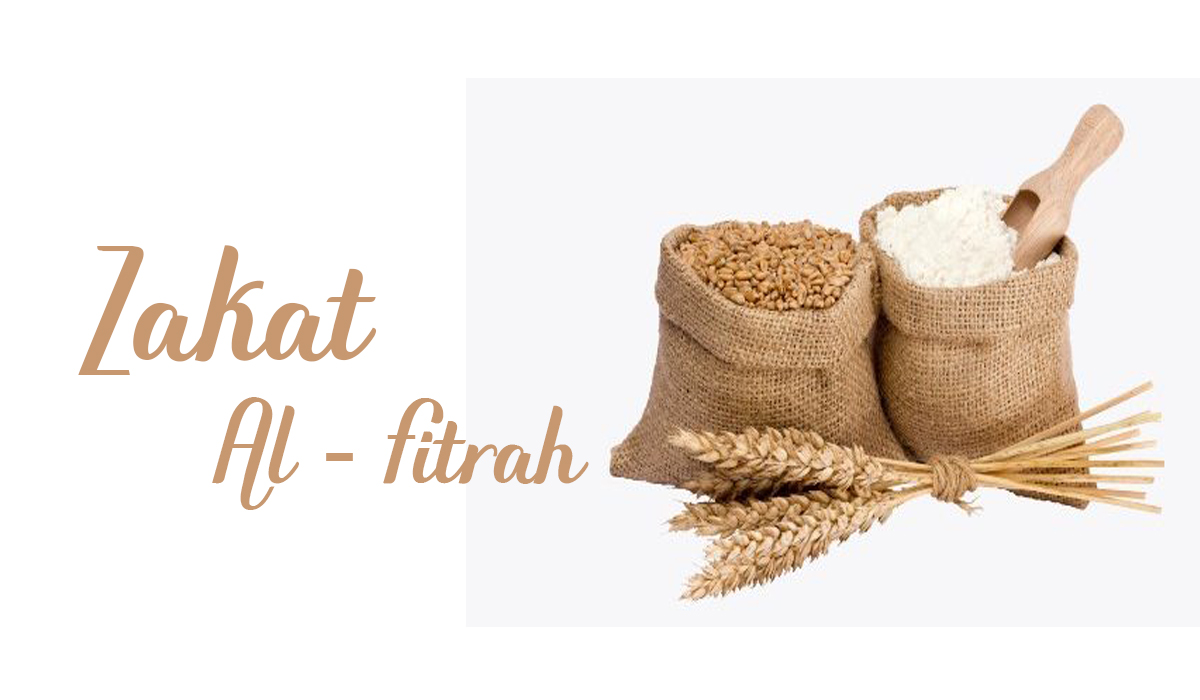 It is an obligatory financial payment to be paid by every Moslem according to certain terms and conditions and this money is extracted in the night of the so-called Eid-Al-fitr on behalf of himself and of the people of whom he in charge and it is called: Al-Fitrah for the necessity of being given on the day of Al-Fitr-that is after the whole month of Ramadhan is over.
This imposition aims at strengthening the social ties among the Moslems by way of emitting sensations of joy into the hearts of the poor and the needy on the first day of the blessed Al-Ftr Eid on which the following conditions are to be taken into consideration:
1. The age of maturity: The small boy who is below maturity is not to give Zakat of Al-Fitrah.
2. The mind: for it is not binding on the one whose mind is defective.
3. Not going into a trance or fainting away: If he gets into a fit, he is not bound to pay that Zakat.
4. The wealthy: The poor one who can't make both ends meet is not bound to give Zakat Al-Fitrah.
5. Freedom:

The slave is released from the obligation of giving this kind of Zakat… So, Zakat is to be paid after having put all these conditions into consideration at one time and a moment before sunset. This, indeed is necessarily binding according to the opinion of the Shia's Higher Religious Authority:  His Eminence As-Sayyid Ali Al-Hussaini As-Sistani.

Is paying Zakat Al-Fitr obligatory on the poor one?
We have already mentioned that among the conditions of paying Zakat is "wealth" and that the poor one is not necessarily bound to pay Zakat for his being
unable to earn his daily living affairs and hardly could make both ends meet for one whole year on the ground of reality or by what he owns of power.
But as jurisprudents say in their books with regard to judgments; the poor one can also approvingly extract Zakat from his own annual budget but it is not necessarily binding. So, if he owned a certain amount of food and paid it, for example, as Zakat to a number of his household, then they exchange it among themselves.
Jurisprudents also remark that when the role of Zakat is over, It will then be paid to the poor foreigners i.e. outside the domestic coverage.

How to Extract Zakat of Al-Fitrah?
In Zakat Al-Fitrah there must be that good faith which is to be well-enacted with one's self. Intention is to be said to one's self that you intend to extract it and give it as a gift in the way of Allah, the Almighty, like any other worshipping act.
This Zakat must also be paid by the one on whom all the above- mentioned conditions of Zakat are available and so on…that which concerns him first and all the other family members of whom he is in charge, next…whether he financially be fully responsible for them like the parents, the wife, the children and the like, or some other one whether he be a close relative or a distant one, whether he be a Moslem or a disbeliever, youngster or elderly.
This subject matter concentrates on one point only i.e. the amount that concerns Zakat Al-Fitrah is to be extracted as it is expressed in jurisprudential books "Financial guardianship" that is the person who is legally responsible for paying Zakat on their behalf even for a temporary period….like the sudden presence of a guest before the appearance of the crescent in the sky where he stayed up the night before the festival started the next day in the house of the host even though he didn't eat anything.
But this doesn't involve a person who was invited to a banquet to break his fast on the night of the Festival, for the host is not responsible for paying the guest's Zakat.
#Social_Solidarity(The_right_of_the_poor_lies_in_the_wealth_of_the_rich)
The most Readable one
War… The Forced-Choice in Islam
1654
To Whom Should Al-Khums be given?
1311
Giving the Zakat of Al-Fitr / Signs and Consequences
1304
Zakat (Al-Fitrah)
1235
The Companions of the Cave A Story
1131
Kinds of Az-Zakat and Charities… when Islam grants its individuals good living
1116
Zakat Al-Fitrah …How much? When…? And To Whom?
1114
Malik Al-Ashtar Al-Nukhaee… His Kinship and Birthday
1086
Zakat… To whom is to be paid? What are the conditions imposed on those who possess wealth?
901
The Islamic Year and the Migration Calendar
862