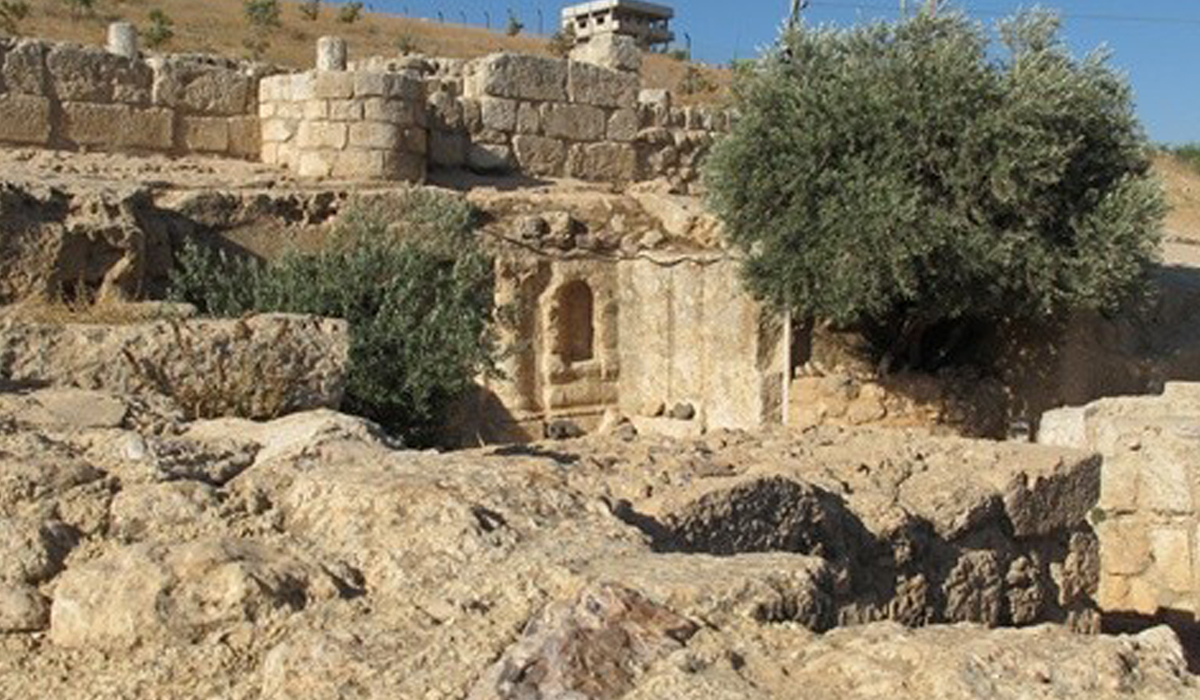 The Companions of the Cave A Story

It is a story whose events go round the latest part of the first century A.D. at which the new Christian religion in Rome started spreading at slow paces and through hard conditions where idols and stars were the most common religion of the time and which used to compel and cruelly treat the attendants of the new Christian religion.
The events of this story goes around one of the regions that belongs to the Roman Empire, definitely, Philadelphia (a district in Jordan now) and these young men work in the royal castle of the Roman Empire and much closer in status and position to the Emperor's royal majesty –Duqianus.
Some of his individuals embraced the new Christian religion which has aroused the discontent and exasperation of the Ruler whose religion was paganism. The Roman ruler called for them to be there in his court.
On hearing they were wanted for questioning, they gave their legs to the wind and made their way towards one of the nearby mountains and from here begins the scheme or the plot of the story.
They have slept there in the cave after spending a whole night of tiredness, fear and fatigue and Allah ordained that they should keep on sleeping there for three hundred years to be awakened then by Allah's Will without knowing of this fact- expecting that they have slept for one night or some nights.
Then they sent one of them to the town to buy some food for themselves with some money. At this point, the baker who has been in the town discovers that the coins which were in the hand of the young man were different from what were in use and common; so, he thinks that the bearer has got an old treasure.
The baker delivers the man to the police who in turn, delivered him to the police and the police finally handed him over to the Ruler of the town. After long and strict investigation, the Ruler discovers that this man really belongs to the group who hid in the cave since long ago.
The Ruler then intends to visit them in their cave accompanied by a great number of his followers and a gathering of the citizens of the town. After meeting them and witnessing the truth with their eyes, an elderly man of the gathering asked the Ruler to speak privately with the group of the cave.

No sooner had they entered the cave than they saw them all died the moment they entered the cave and thus, the story of the companions of the cave comes to an end after having achieved its aim which shows ability of Allah in returning the dead into life again after a long time since their death…after suspicion pierced into the hearts of so many people who used to say:
"How can Allah regather the bones and bring them back to life after being fragmented and scattered.?"
#Moslem's_Holy_Scripture
The most Readable one
War… The Forced-Choice in Islam
1654
To Whom Should Al-Khums be given?
1311
Giving the Zakat of Al-Fitr / Signs and Consequences
1304
Zakat (Al-Fitrah)
1235
The Companions of the Cave A Story
1130
Kinds of Az-Zakat and Charities… when Islam grants its individuals good living
1116
Zakat Al-Fitrah …How much? When…? And To Whom?
1114
Malik Al-Ashtar Al-Nukhaee… His Kinship and Birthday
1086
Zakat… To whom is to be paid? What are the conditions imposed on those who possess wealth?
901
The Islamic Year and the Migration Calendar
861