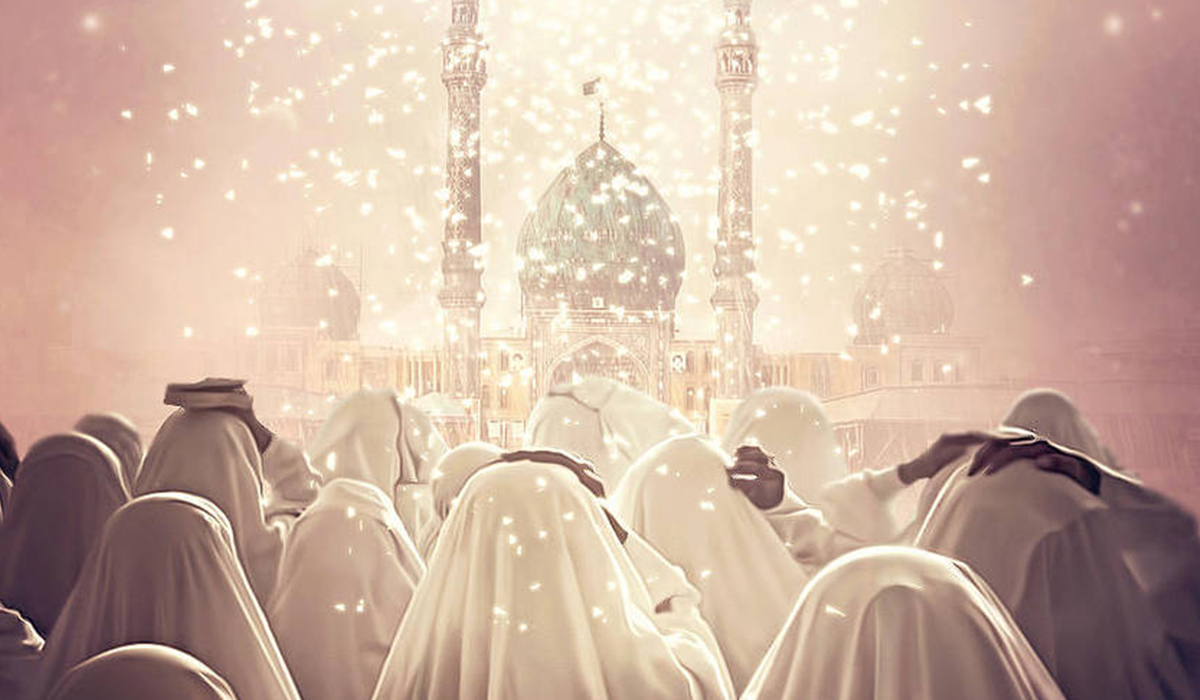 His name is Muhammad bin Al-Imam Al-Hasan Al-Askari (P.B.U.T.) and he is the last of the twelve Imams. People used to call him by name of Al-Mahdi Al-Muntadhar. His father is Al-Imam Al-Hasan Al-Askari and his mother is Lady Narjis. The Imam Al- Mahdi was born on the night of the fifteenth of Sha'ban of the year of fifty fifth after two hundred of Al-Hijra Calendar.
His father Al-Imam Al-Hasan Al-Askari (P.B.U .H) has hidden the news of his birthday for fear of the Abbasid authority which has been watching and following up the information of this birth of Al-Imam Al-Askari because of knowing of the future of this boy and what would happen to him.
After the death of Imam Al-Hasan Al-Askari (P.B.U.H.) Imam Ali has entered into what is commonly called: "The Shortest Absence" when he was five years of age.  At this stage, he made up his mind not to reveal himself to anybody save his four special envoys or let's say: ambassadors alternately who were the only link between him and his Shias and lovers receiving messages from him and paying him their legal rights.
Conditions remained as such about seventy years of his absence then he entered a new stage which is known by the people as: "The Greatest Absence" and continued to be so up to now.
His embassy came to an end and no sign of him has been witnessed at which he would not reappear till Allah, the Almighty give him "Leave" to complete the pre-requisites of reappearance to fill the world justice and equality after having been filled with tyranny and oppression.
The Creed of the Imamate with regard to Imam's absence is that Allah, the Almighty, has preserved Imam Mahdi (P.B.U.H.) for the last time of this world to be the savior and the reformer to fill the world with that turning point during his reign.
#Islamic_Creed
The most Readable one
War… The Forced-Choice in Islam
1654
To Whom Should Al-Khums be given?
1312
Giving the Zakat of Al-Fitr / Signs and Consequences
1306
Zakat (Al-Fitrah)
1237
The Companions of the Cave A Story
1131
Kinds of Az-Zakat and Charities… when Islam grants its individuals good living
1117
Zakat Al-Fitrah …How much? When…? And To Whom?
1116
Malik Al-Ashtar Al-Nukhaee… His Kinship and Birthday
1087
Zakat… To whom is to be paid? What are the conditions imposed on those who possess wealth?
902
The Islamic Year and the Migration Calendar
862