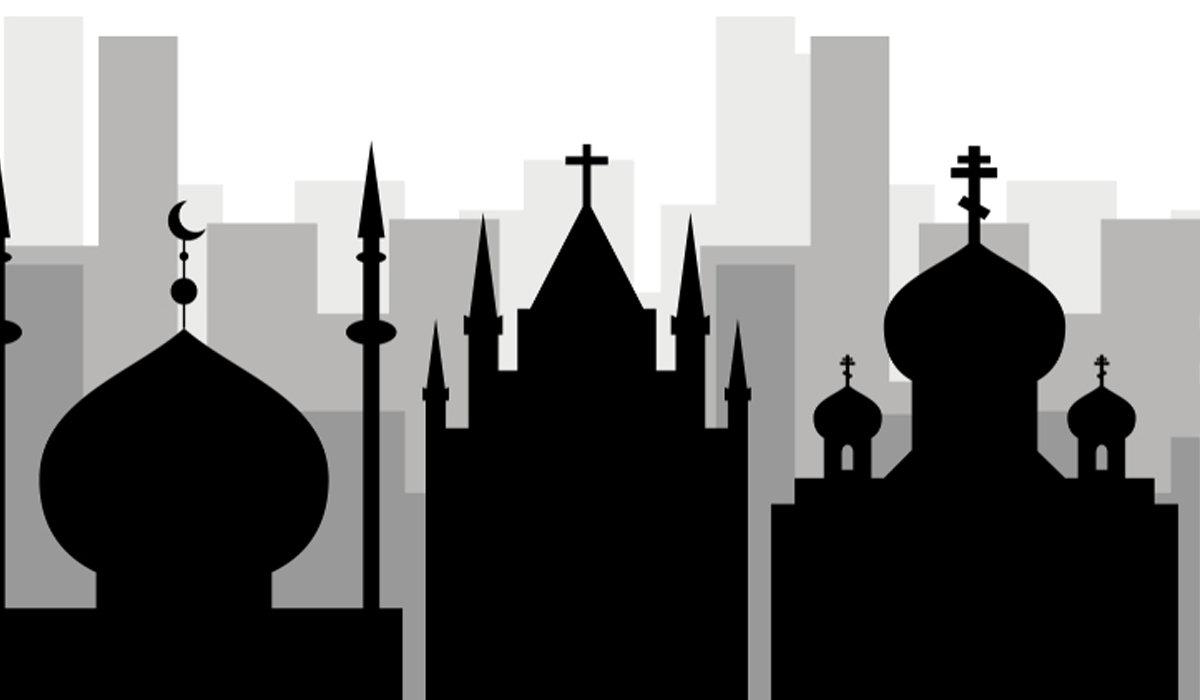 Respecting the Faith of Others

Mankind along the ages and times have embraced numerous religion and creeds some of which are heavenly which have come through messengers and prophets, and some which are man-made adopted by man himself; therefore, man has created for himself in the matter of creeds various beliefs and doctrines.
A belief is regarded as (irrespective of its being religious, political or social or other than that, the strongest link or tie in the life of man exceeding the strong linkage of blood, ethnics and kinship; therefore, it has not been easy for man or rather impossible to change his religion, or faith because he always believes that what he believes is correct and that nothing else is there to be more correct than his and that all the other beliefs are all in all, corrupt and false and that his belief only is sufficient to release his part from any charge or responsibility and the others are but subtle blasphemy, atheism and disbelief.
Based upon this criterion, it is incumbent on him to deadly stand up for his belief and sacrifice himself for its sake and let his soul melt for him because he will be standing before his worshipped God which necessitates him to be in full submission, humility and respect, for all his entity will violently shake if his belief is exposed to any defect or harm even if the worshipped one is a stone or a planet or something else. Man ha worshipped since ancient ages idols, the sun, the moon, the stars, fire and the vagina and some animals like the cow and the mouse.
Very often, religions and beliefs are hereditary in origin and (such our forefathers have done) as there have been no investigators or researchers who would follow up to verify facts and data as they ought to be dealt with accordingly with regard to the verification of his religion and the origin of his belief for he believes that forefathers were more knowledgeable and aware of their affairs than him and that their option was the correct one; the older the belief in piercing the time and its durability signifies the legitimacy of its imperishability from their point of view.
Religious, sectarian and theological conflicts have taken place since ancient ages and are still going on the same path, and wars and seditions arose which have eaten up the wet and the dry and annihilated plants and origin of mankind and continued on this example for long years; all that was because of religious and theological zeal, and mostly such stubbornness and obstinacy may appear as blind aiming at establishing the first party as a believing figure and the bearer of the right banner and by failing the other party regarding it as disbeliever and perverted from the right path.

Islam and Respect of Religions and Beliefs
Islam emerges from the principle that all the people came from the same self (All of you are from Adam and Adam is from the earth); therefore, the whole of mankind are equal before Allah's legislature like the teeth of a comb and there is no difference or preference between the rich and the poor nor a white man over a black one. (The most honorable one amongst you in Allah's sight is the most pious one amongst you.)
Islam does not bind anyone to embrace this or that religion since belief cannot be built unless with consent and satisfaction. (There is no obligation in embracing religion as guidance is distinguished manifestly from misguidance), and upon this basis, the teachings of Islam worked hard to maintain the thought of not fighting against the disbelievers save in certain cases like maintaining self-defense or killing the disbelieving fighter who raises his sword against the believers nor giving legality to kill one who believes in another religion or obliging one forcibly to embrace Islam.
The wars and conquests launched by Muslim armies at the outset of Islam were all defensive ones though in some of these wars, daring proactive assaults were made as a means of defensive measures especially when the Muslims knew beforehand that the enemy was prepared to ignite an offensive against the Muslim army.
Islam as a religion believes in opening a peaceful dialogue with the other religions illuminated by bright and the noble verse: " And argue with them in a better way and the other verse which calls for: "No obligation is there in religion." "And what has happened at the outset of Islam of opening new states by force of arms are but mistakes reckoned on those who committed them, not on Islam as Islam did not believe in employing the sword in the matter of spreading Islam, we say to those who accuse Islam of using the sword in Andalusia: Where is it now and where is Islam? While Indonesia today is the biggest state of Islam throughout the world which did not witness the Islamic sword at all.

#Islam_Moralities
The most Readable one
War… The Forced-Choice in Islam
1654
To Whom Should Al-Khums be given?
1311
Giving the Zakat of Al-Fitr / Signs and Consequences
1305
Zakat (Al-Fitrah)
1236
The Companions of the Cave A Story
1131
Kinds of Az-Zakat and Charities… when Islam grants its individuals good living
1116
Zakat Al-Fitrah …How much? When…? And To Whom?
1114
Malik Al-Ashtar Al-Nukhaee… His Kinship and Birthday
1086
Zakat… To whom is to be paid? What are the conditions imposed on those who possess wealth?
901
The Islamic Year and the Migration Calendar
862