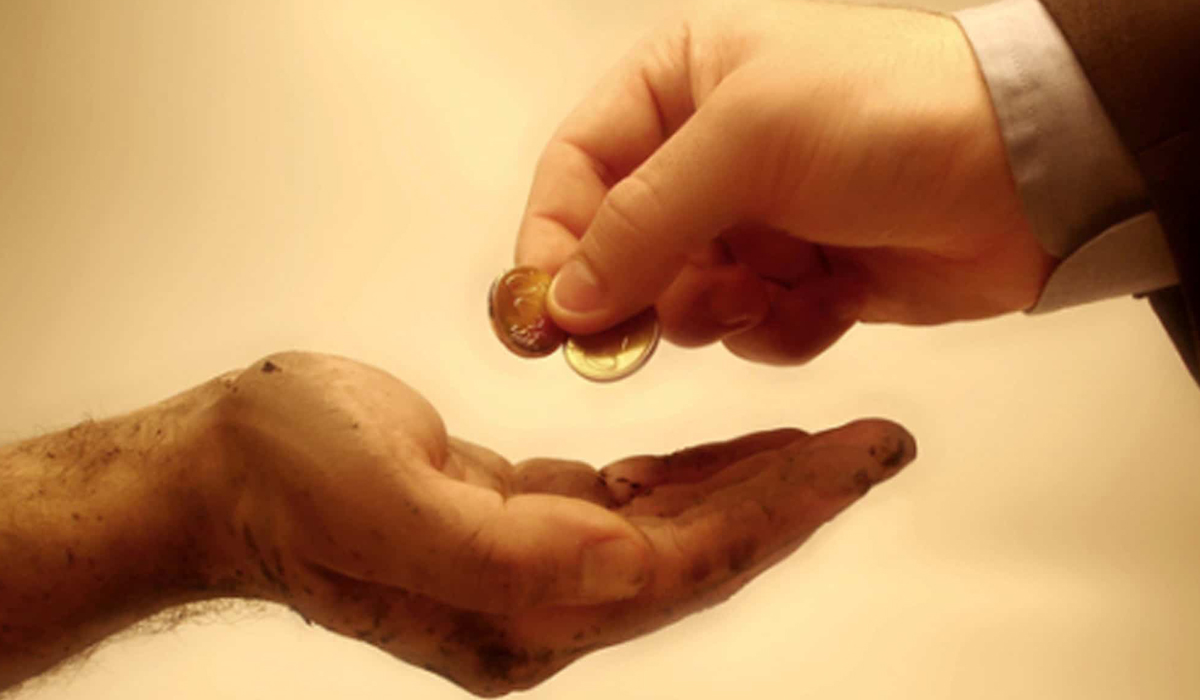 In Islamic legislature, Az-Zakat is defined as being "Financial Expenditure" in its widest sense, and in language it denotes "purity" and "growth" and as man's own self grows up, gets purified and gains sublimity by paying Zakat, the same thing is to be said in regard to wealth for it can also be purified by Zakat which is legally regarded as an imposed act.
Besides, Az-Zakat is looked upon as one of the basic pillars of Islam on which it principally relies and is considered one of the pre-requisites of religion where in most cases compared with the prayer, for both of them are usually remembered together   in so many positions of the holy Quran.
Of positions as such, we adduce to you ample instances to highlight on the point:
1. "And perform As-Salat" (the prayer) and give Az- Zakat (charity) to the poor and bow down (in prayer) in obedience to Allah." (Al-Baqarah:43).
2. "And (remember) when We took a covenant from the Children of Israel (saying): "Worship none but Allah (Alone) and be dutiful and good to parents and to kindred and to orphans and Muhtajin (the needy) and speak good to people (i.e. enjoin righteousness and forbid evil) and say the truth about Muhammad and perform As-Salat and give Zakat, then you slid back, except a few of you while you are backsliders" (Al-Baqarah: 83).
3. "Truly, those who believe and do deeds of righteousness and perform As-Salat (the prayer), and give Zakat, they will have their reward with their Lord. On them shall be no fear nor shall they grieve." (Al-Baqarah 277).
4. "But those among them who are well-grounded in knowledge, and the believers believe in what has been sent down to you (Muhammad) and what was sent down before you, and those who perform As-Salat (the prayer) and give Zakat (obligatory charity) and believe in Allah and the Last Day, it is they to whom We shall give a great reward" (An-Nisa:162).
5. "Then when the Sacred Months (the 1st,7th, 11th and 12th months of the Islamic calendar) have passed, then kill the Mushrikun wherever you find them and capture them, and besiege them and lie in wait for them in each and every ambush. But if they repent and perform As-Salat and give Zakat, then leave their way free. Verily, Allah is Oft-Forgiving, Most Merciful." (At-Tawbah:5).
6. "And He has made me blessed wherever I be and He has enjoined on As-Salat (the Prayer) and Zakat; as long as I live"(Maryam: 31).
7. "(These Muslim rulers) Who, if We give them power in the land, they enjoin As-Salat (the prayer) to perform (the five compulsory congregational prayers)(the males in mosques) pay the Zakat, and they enjoin Al-Ma'ruf the (Islamic Monotheism) and all that Islam orders one to do.) and forbids Al-Munkar ( i.e. disbelief, polytheism, and all that Islam has forbidden) ( i.e. They make the Quran as the law of their country in all the spheres of life) and with Allah rests the end of all matters (of  creatures)" (Al-Hajj.41).


And there are also 26 other verses where Zakat came to emphasize the necessity of its practice as divine imposition act.
And what it contains of direct effect over the conduct of man with the prayer as an effective factor of course…together with the rest of the other impositions which Allah has necessitated on the Muslims.
#Social_Solidarity(The_right_of_the_poor_lies_in_the_wealth_of_the_rich)
The most Readable one
War… The Forced-Choice in Islam
1303
Giving the Zakat of Al-Fitr / Signs and Consequences
998
To Whom Should Al-Khums be given?
992
Zakat (Al-Fitrah)
924
The Companions of the Cave A Story
826
Zakat Al-Fitrah …How much? When…? And To Whom?
805
Kinds of Az-Zakat and Charities… when Islam grants its individuals good living
804
Malik Al-Ashtar Al-Nukhaee… His Kinship and Birthday
784
Zakat… To whom is to be paid? What are the conditions imposed on those who possess wealth?
600
The Islamic Year and the Migration Calendar
586